Pushing the Envelope of Progress 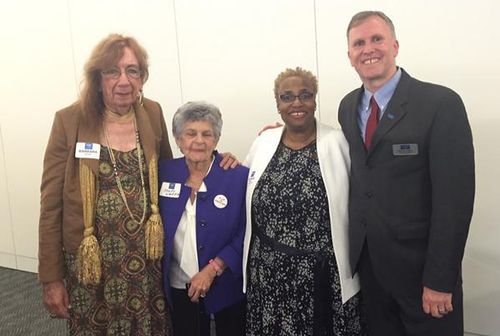 As the first anniversary of Obergefell v. Hodges approaches, it’s a good time to recap a few developments that show continued progress since last June. In 2015, Jim Obergefell received the inaugural LGBTQ+ Pioneer Award for his courage and persistence, which inspired the Supreme Court to rule in favor of marriage equality, forever changing the landscape of LGBTQ+ social politics.

In an interview with SAGE last year, Obergefell said, “Our country still hasn’t lived up to the promise of equality that’s part of our shared American identity,” adding that he would work toward passage of the Equality Act, a bill that would amend the Civil Rights Act of 1964 to include protections for LGBTQ+ people in employment, housing, public accommodations and other areas. The bill has since attracted significant Congressional support, including that of two main 2016 presidential candidates.

Of course, bills and resolutions are one way to sort social progress; as the old proverb begins, “give a man a fish, and you feed him for a day.” If you teach a man to fish, however, you feed him for a lifetime — which basically translates to expanding leadership positions to include LGBTQ+ people, which helps to provide sustainable long term support for the community.

Consider LGBTQ+ servicemen and women. The nation has come a long way since “Don’t Ask, Don’t Tell” was repealed five years ago. On May 17 in what’s been applauded as a historic step for the military, the U.S. Senate confirmed Eric Fanning as Army secretary, making him “the first openly gay person to lead a military service.”

The transgender community is making strides as well. The U.S. military is now considering a policy that would allow transgender troops to serve openly, and despite recent setbacks in North Carolina and other states with discriminatory bills like HB2, transgender advocates led by Reverend Debra J. Hopkins and others, continue to push forward. Hopkins’ efforts have gained the support of allies like U.S. Attorney General Loretta Lynch who was described earlier this month as “the world’s most powerful advocate for trans rights.”

Also recently, President Obama appointed Barbara Satin to his Advisory Council on Faith-based Neighborhood Partnerships. Satin, who attended the White House Conference on Aging as a SAGE delegate last year, is the first transgender woman to serve on the advisory council.

In a blog for the National LGBTQ+ Task Force, Satin wrote, “As a trans woman activist and an old person (I turned 81 two days after the conference), I felt a special responsibility to give the reality of trans aging – our issues and needs – a high profile.”