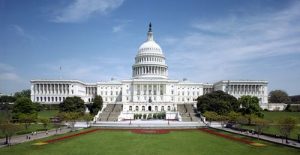 On Thursday the Washington, D.C. Steering Committee of SAGE hosted its annual SAGE & Friends event, giving constituents an opportunity to engage individual and corporate donors, community partners, policy advocates and other SAGE supporters, in order to learn firsthand about the work SAGE is advancing on a national level and in the D.C. area.

With the recent reauthorization of the Older Americans Act (OAA), there is plenty to talk about in the nation’s capitol. While President Obama’s signature preserves a critical safety net for older Americans, LGBT-inclusive amendments in the House and Senate were overlooked. This means there is still work to be done on this front, and SAGE is committed to seeing that these provisions make it into the next iteration of the OAA.

As part of SAGE’s response to the reauthorization, CEO Michael Adams said that SAGE “will continue to draw attention to the unique needs of LGBT older adults and advocate aggressively so that all relevant federal laws and programs address their needs and enable them to age with the dignity and respect that they deserve.”

As the country’s leading vehicle for delivering services to older people nationwide, the OAA aims to ensure that older people have the supports they need to age in good health and with broad community support. If this piece of legislation indeed places emphasis on more vulnerable elders who face multiple barriers and health challenges related to aging, then why overlook the needs of the LGBT community?

The LGBT population in the U.S. is growing and gaining visibility. Gallup numbers from 2015 estimate the national average of LGBT residents to be 3.6 percent, and by 2030 the number of lesbian, gay and bisexual people older than 65 will double to about 3 million people. The impact of these statistics becomes greater when we consider the human stories behind them.

Just days after the OAA reauthorization was signed, former U.S. Senator Harris Wofford (D-Pennsylvania) announced plans to marry a man in what CBS News calls a “moving” editorial for the New York Times. Wofford, 90, said, “I don’t categorize myself based on the gender of those I love. I had a half-century of marriage with a wonderful woman, and now am lucky for second time to have found happiness.” Despite an apparent disregard of our nation’s growing LGBT older population, Wofford is an example of how LGBT elders are both present and prominent, even at the seat of government.

The former senator isn’t the only prominent LGBT elder to come out at an older age. At SAGE & Friends LA in April, social media powerhouse and LGBT icon George Takei shared on what it meant for him to support the community from inside the closet for so long, before finally coming out in his 70s. Now approaching 80, the actor of Star Trek fame is bringing special attention to LGBT older people who have paved the way. “To those of you who have been in the trenches since ’69 when Stonewall happened, we have a great profound gratitude to you but also I feel that we have a debt,” Takei said. “I’m grateful to all of you for what you’ve done.”

Learn more about SAGE’s federal advocacy at sageusa.org/federal. May is Older Americans Month. Connect on social media with #OAM16 and follow the SAGE blog for inspiring stories of our LGBT elders.