Housing For Diverse Elders is a Public Health Issue 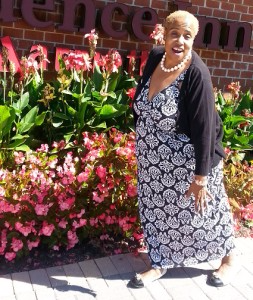 Spring is here. The knockout rose bushes are in full bloom, the other flowers have begun to bloom in the garden. Old Man Winter has left and we can sit on the front porch. However, as I write this, I am in the house, bundled up in a turtleneck and cable knit sweater thinking Old Man Winter hasn’t gone far enough and I should perhaps turn on the heat. My mind automatically drifts to thinking about the older adults that are in need of warm, safe, decent, affordable housing, the increase of homelessness and the decrease of affordable housing among elders in the country and in my city.

We focus on “families and children” and rarely on older people who are homeless. Heck, as with many issues, older people are invisible. It is certainly the case when we speak of homelessness. Traditionally, there are two major paths to homelessness for people over 60. In the first, the person is classified as a product of chronic homelessness. That is, they have been homeless before they were old and are in a seemingly unbreakable cycle of housing instability. The second pathway is a much newer phenomenon and is increasing at an alarming rate. Older adults and elders who heretofore have lived independently, in their own private living spaces, are experiencing first-time homelessness. Research is identifying the following trends present and overlapping, contributing to homelessness of older adults and elders:

The calls and emails I receive every month from people looking to live at Mary’s House confirm that there are many elders on the second path. Like the phone call I received from Frank*, an older gay man, who was completing the online Letter of Interest application (https://drive.google.com/file/d/0B8Nfql8mwj6rdnJQNW1ac05QSEE/view).

“Dr. Woody,” he began, “I know Mary’s House has not opened yet, but I wanted to put my letter of interest in because I need the housing now. I am a white, gay man, and I am unable to afford my rent and the rising rent increases in the city. I have to find some other place to live. Do you have any ideas of where I can go?”  We speak a little longer, I collect some other information and promise to get back with him. Frank was really asking: Are there places that will accept the whole of me? The gay, male part of me? The old of me? The economics of me? A place that will accept my friends?

And Jane*, an older lesbian, who had lived with a friend and her friend’s dad for many years. She shared in the care of the friend’s dad for a long time, even after her friend died. However, at some point the siblings wanted Jane to move out. She had no place to go; her homophobic brother promised her violence if she brought “any of that homosexual s*** up there.”  Jane is a strong supporter of Mary’s House, stating, “I can’t wait for it to be built!”

Us either! With your continued help and support, and with a little luck, we will build the first Mary’s House in 2017!  And yes, there are around 6-8 brick and mortar residences in various stages of completion across the US that are LGBTQ-affirming.

However, it’s not likely that we will be able to build enough LGBTQ/SGL-affirming, affordable brick and mortar residences to stem the tide of increased homelessness for older adults. So, what can we do in the interim? One of the first things we can do is to acknowledge is that housing IS a determinant of health and therefore it is a Public Health issue. We are all familiar with the elder who has to make choices around medicine, food or rent. Or the elder like Frank, who is forced to use more and more of his resources to obtain shelter, making, affordability and accessibility equally important variables in the equation to stem the tide of increased elder homelessness.

As a Public Health issue, we can recognize that without stable housing, older adults and elders, like families and children, are prone to myriad health issues and their quality of life can suffer. Research has shown that “housing affordability shapes the neighborhood conditions and the ability of the person to make healthy choices.” Strategies must focus on the safety and quality of housing for everyone. They should include an awareness and acceptance of the culture of the individual as well as the neighborhood. By considering housing a Public Health issue, we can stimulate greater advocacy and address broader and more complex problems. Participation should be collaborative, from the individual, the community, the agency, the local and federal governments, and others working together to end current and potential disparities and create safety nets for those most vulnerable.