Michael Adams is the Chief Executive Officer of SAGE, the oldest and largest organization in the country dedicated to improving the lives of LGBT older adults. Under Adams’s leadership, the scope of SAGE’s work on behalf of LGBT older people has grown tremendously, and SAGE has become the go-to organization on LGBT aging issues on a national scale.

Beginning with his appointment as Executive Director in 2006, Adams has used his expertise, passion, and heart to improve opportunities and quality-of-life issues for millions of LGBT older people across the country. He has led SAGE’s charge against discrimination against LGBT elders in the areas of housing, health care, and disabilities. Adams seeks to help the LGBT community honor our LGBT elder pioneers and talk much more frequently and openly about what it means to age successfully.

Adams has served on advisory councils for AARP and the New York City Department for the Aging. In 2018, he was named Chair-elect of the American Society on Aging.

Prior to joining SAGE, Adams was the Director of Education and Public Affairs for Lambda Legal. Prior to that, Michael spent a decade leading cutting-edge litigation that established new rights for LGBT people, first as Associate Director of the ACLU’s Lesbian and Gay Rights Project and then as Deputy Legal Director at Lambda Legal.

A graduate of Stanford Law School and Harvard College, Adams has authored numerous publications on an array of LGBT issues. He has taught law school courses on sexual orientation and gender identity. He has discussed and debated LGBT issues on hundreds of media programs and has twice been named to Out magazine’s Out 100. 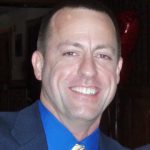