LAKEWOOD, Ohio — When searching for a place to live, safety and acceptance were top priorities for Darryl Fore, 62. As someone who is Black and gay, Fore said he feels fortunate not to have faced much discrimination in his life, but knows many others aren’t so lucky.

“There are some very horrendous stories,” said Fore, a resident at A Place for Us. “We are very much a forgotten and well, vulnerable population, within the gay community, and with the community at large, you know, just like all elders, are often discarded.” 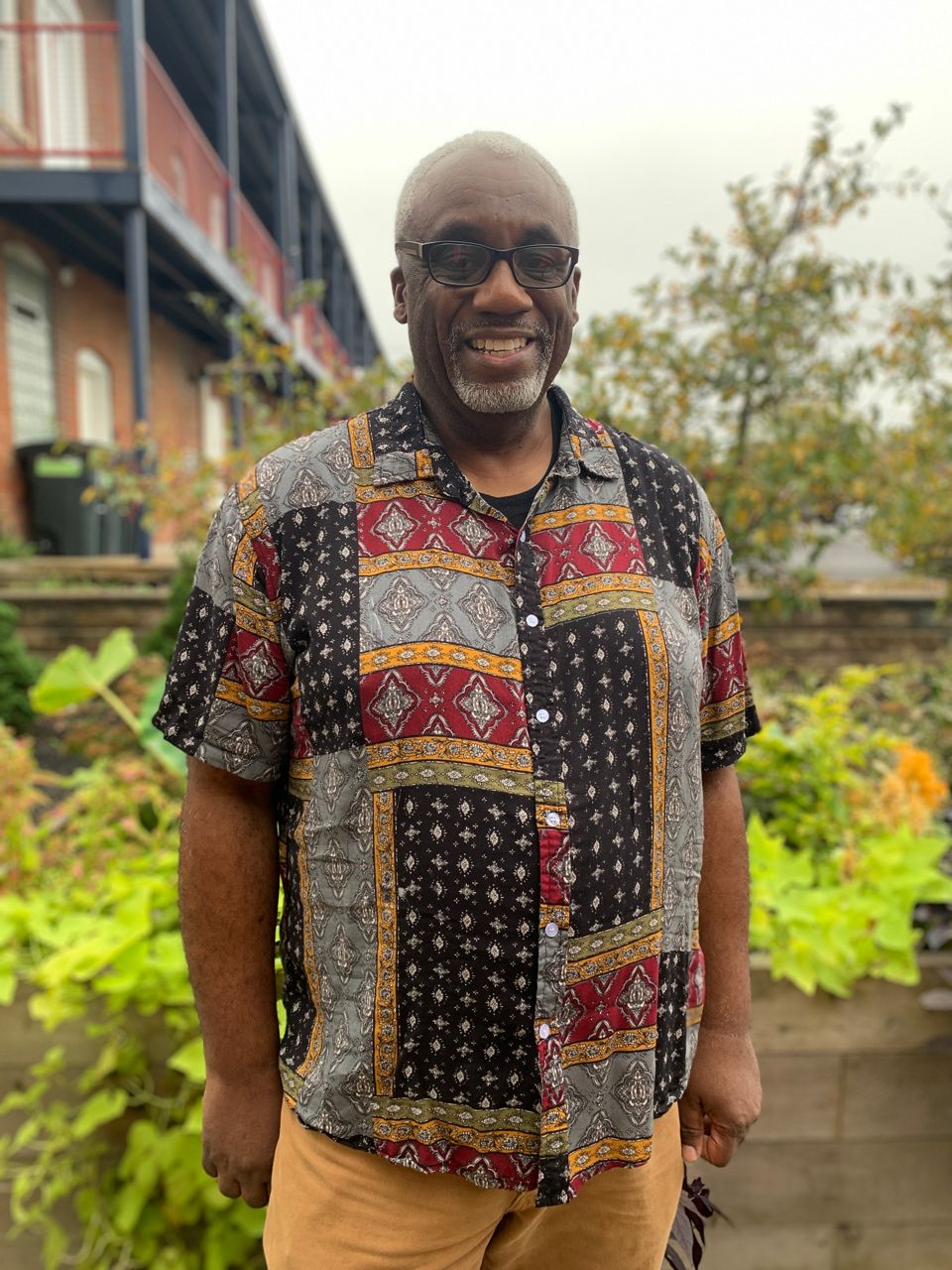 “What these elders do is disassociate with anything gay. So that’s why they call it going back in the closet,” said Fore. “The reasoning behind that is about survival and in order for them to make it and in order for them to get the services that they require. Because a lot of times, many people have experienced, especially in the nursing home situation, that if they’re LGBTQ+, once that is discovered about a particular patient, the services that they receive become few and far between, are sometimes nonexistent.”

A Place for Us in Lakewood is working to change the game. It’s the first senior housing facility in Ohio marketed to be LGBTQ+-friendly, and Fore is grateful to live there. 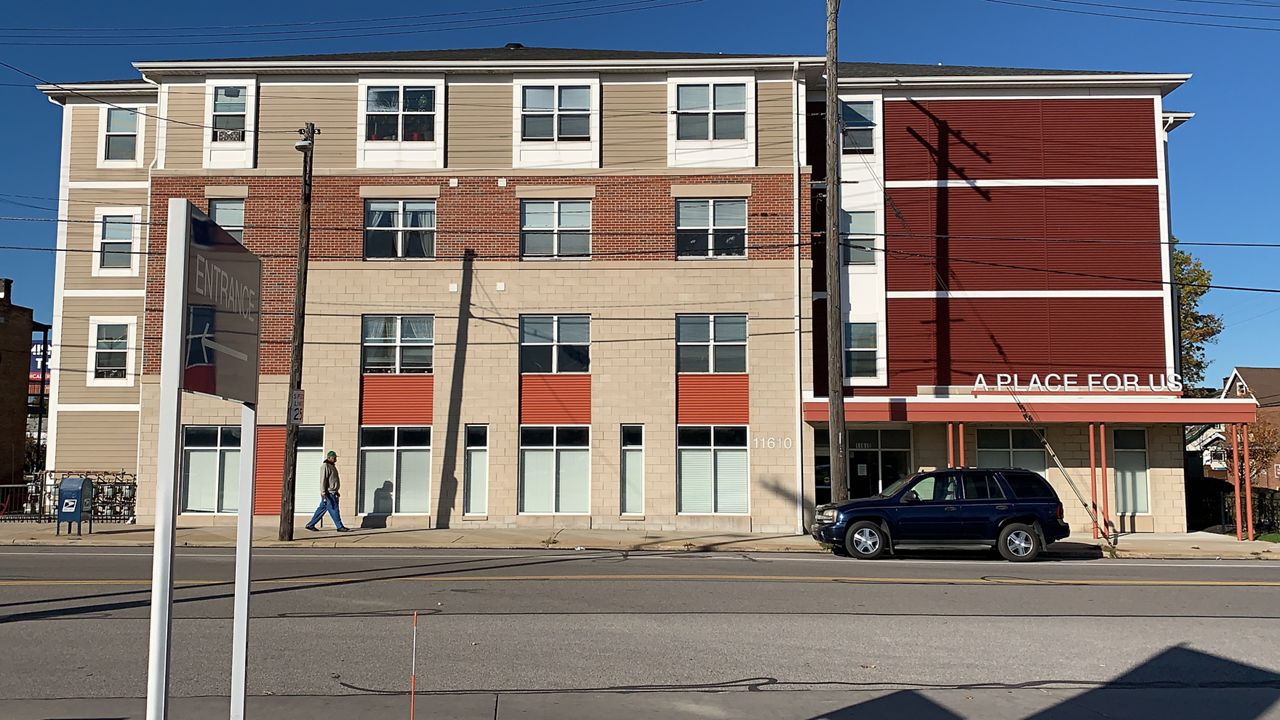 Organizations like the national LGBTQ+ senior advocacy group SAGE are trying to help ensure access to more places like A Place for Us around the country. SAGE is the nation’s largest and oldest organization dedicated to improving the lives of older LGBTQ+ people. It has 29 affiliates across 22 states that help to enhance the well-being of LGBTQ+ older folks and provide some level of socialization.

“This is really very much the first generation to be out,” said Aaron Tax, director of advocacy for SAGE. “It’s a population that’s faced discrimination and stigma throughout the life course. And now that they’re entering perhaps a more vulnerable period in their life, trying to find housing where they could just be themselves. It creates some challenges.”

LGBTQ+ elder face many challenges with respect to successful aging. First among them is social isolation. According to SAGE, they’re a group that’s twice as likely to be single, and four times less likely to have kids than their heterosexual and cisgender counterparts. And since most long-term care in the U.S. is provided by family members, many LGBTQ+ elders are facing the aging process alone.

“Whether it’s simply you needing someone to help you change a light bulb, or order prescription drugs, make financial decisions, anything like that,” said Tax. “It impacts, you know, where you’re going for the holidays. And if you have anyone to hang out with.”

Tax said LGBTQ+ elders are a vulnerable population. They’re from a generation where in some areas of the country, it was illegal to be out. They often fear being refused care, abused or neglected in senior living communities.

“You have people who were literally fired from their jobs for being out, people who couldn’t be in relationships because they were LGBTQ+ identified,” said Tax. “And it’s hard to think back, you know, to think back to those experiences now that we’re making so much progress. But even today, people are still facing discrimination.”

According to the Human Rights Campaign, 21 states and D.C. prohibit discrimination in housing based on sexual orientation and gender identity. Ohio is not one of those states. Currently, neither federal or state laws in Ohio prohibit housing discrimination on the basis of sexual orientation. An Equal Rights Center study on fair housing found that 48 percent of same-sex couples received different treatment than heterosexual couples when it came to senior housing.

“Maybe the straight couple got a free month’s rent, or a nicer apartment for the same price, that sort of thing. And that number is really sky high,” said Tax.

Tax said although building more places around the country like A Place for Us will help, he said we can’t build our way out of this problem. SAGE is also working to change laws and policies locally and federally to protect LGBTQ+ elders from discrimination. In particular, at the federal level SAGE is backing the Equality Act, a bill that would ban discrimination against people based on sexual orientation and gender identity in certain areas, like employment and housing. It’s been passed twice in the U.S. House of Representatives, but currently sits in the Senate.

“We want to make sure that they have the protections in place, you know, if they need to use them, if people do discriminate against them,” said Tax. “We think people should be able to be their authentic selves and not have to worry about discrimination, especially after a whole life of trying to fight to get out of the closet, you know, the so-called Stonewall generation who’s paved the way for many of the rights that we see today. The last thing they should have to do is to go back into the closet as they get older, simply when they want to find a place to live.”

Some LGBTQ+ elders like Fore have found a safe place to live, but thousands of others fear not. Fore urges people of all sexualities and gender identities to stand up for LGBTQ+ seniors and to advocate for laws and policies to protect this vulnerable population.

“Sometimes we have to go beyond just acknowledging things. And picking up the ball and keeping the momentum going and moving forward,” said Fore.

SAGE has an elder hotline where people can call if they have questions about LGBTQ+ elder housing. They also have a program called SAGEConnect where people anywhere in the country can volunteer to check in with an LGBTQ+ older adults in their community. More information on SAGE can be found here.

For more information on A Place for Us, you can visit its website.

This article was originally published in Spectrum News 1 on November 15, 2021. US Army vet was rejected from multiple elder care homes. She says it’s because she’s transgender.Discrimination, Health Care, In the News, LGBT Aging 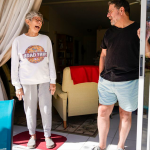