[New York, NY] – Today, Governor Hochul made history by delivering her State of the State as the first woman elected as governor of the State of New York. SAGE, the world’s largest and oldest organization dedicated to improving the lives of LGBTQ+ elders, congratulates the Governor and celebrates her commitment to expanding LGBTQ+ elder housing across the Empire State as outlined in her 2023 State of the State: Achieving the New York Dream agenda. As part of her agenda, Governor Hochul directs New York State’s Homes and Community Renewal (HCR) to provide funding specifically for affordable housing projects that are LGBTQ+-affirming for older New Yorkers.

“I am thrilled that Governor Hochul and her administration are committed to expanding equitable access to housing for New York’s LGBTQ+ elders,” said SAGE CEO Michael Adams. “LGBTQ+ elders of color, transgender and non-binary elders face the highest levels of financial insecurity, and we know first-hand that LGBTQ+ friendly elder housing is vital in improving their lives.” Continued Adams, “the communities created at Stonewall House and Crotona Pride House are proof that this kind of housing improves the quality of life of residents. With the critical support of the Governor, New York will be providing crucial resources to LGBTQ+ elders so they can age with the dignity and support they deserve.”

Today’s commitment from Governor Hochul follows the policy recommendations outlined in the groundbreaking report by SAGE and AARP New York, Disrupting Disparities: Solutions for LGBTQ+ New Yorkers 50+. The report illustrated that among the estimated 800,000 older LGBTQ+ New Yorkers, many face structural disparities, including social isolation, higher rates of poverty, and challenges finding and affording LGBTQ+-affirming housing. LGBTQ+ elders face rampant discrimination when seeking housing. In fact, data shows that 34% of LGBTQ older people and 54% of transgender and gender nonconforming elders fear having to re-closet themselves when finding housing. A ten-state testing study conducted by the Equal Rights Center found that 48% of same-sex couples experienced overt discrimination in the housing application process compared to different-sex couples. Lastly, 90% of LGBTQ+ elders are extremely, very, or somewhat interested in LGBTQ+-friendly housing.

“Affordable LGBTQ+-friendly housing for elders gives our community the care, connection and joy we deserve,” said Howard Grossman, a resident of Stonewall House. “I am excited by the prospect that more people can have access to what my husband and I have experienced.”

SAGE is the world’s largest and oldest organization dedicated to improving the lives of lesbian, gay, bisexual, transgender, and queer and/or questioning (LGBTQ+) older people. Founded in 1978 and headquartered in New York City, SAGE is a national organization that offers supportive services and consumer resources to LGBTQ+ older people and their caregivers. SAGE also advocates for public policy changes that address the needs of LGBTQ+ elders, provides education and technical assistance for aging providers and LGBTQ+ community organizations through its National Resource Center on LGBTQ+ Aging, and cultural competency training through SAGECare. Learn more at http://sageusa.org. 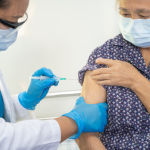