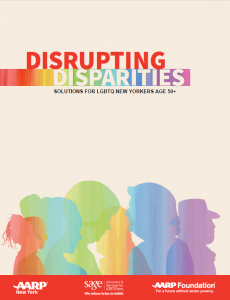 As of 2021, New York State ranks among the top 10 states in terms of the percentage of its population that is lesbian, gay, bisexual, and/or transgender (LGBTQ). Of the estimated 800,000 LGBTQ adults in New York State, nearly one-third (28%) are over the age of 50. Although a key part of New York State’s rapidly growing elder population, LGBTQ older people remain largely invisible and face unique challenges in aging.

This report seeks to:

1) identify the disparities faced by New York State’s 50-plus LGBTQ population; and
2) develop concrete policy solutions to address these disparities.