Living fully and giving back 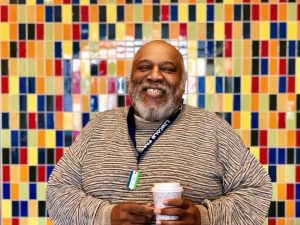 Building upon our Black History Month series, we are excited to share about long-time activist and SAGE supporter Donald Bell. This month, SAGE has been asking members of the community to share about their passions and who inspires them to continue being advocates for the LGBTQ+ community. As a seasoned LGBTQ+ advocate from Chicago, Donald’s work with SAGE is an excellent example of LGBTQ+ elders who are continuing to engage in activism, from HIV/AIDS advocacy, to community building, to sharing his experience of living in LGBTQ+-friendly housing.

What is a project you’re working on right now that you’re passionate about?

I am involved in an ongoing intergenerational project between members of my generation and students at the School of the Art Institute of Chicago. It is our goal to produce abiding intergenerational relationships within the LGBTQ++ community along with the tangible production of a website and, hopefully, a coffee table book.

Who is your LGBTQ+ role model and why?

Bayard Rustin. He so exceeded the conventional parameters of what it meant to be a Black or a gay man.

History was made with this election with our first Black VP. When people are looking back on 2021 and the current administration, what’s something else you hope to see become part of Black history?

I hope that all Americans will come to recognize that there is no true American history without the narrative of the true Black experience in the United States. I also hope that people will come to see the current President of the United States, who is from an ancestry of people who were also once not considered white, as the bridge between the first African-American President (male) and the first African-American Vice President (female). The election of the current administration demonstrates a pushback against the ideals represented by the former administration. Similarly, the former administration was a pushback against the progress represented by the election of the first black president prior.

Lastly, when it comes to being an advocate for LGBTQ+-inclusive aging legislation, what sort of protections are you most passionate about moving forward?

Since the invocation of the US constitution in its original form, which enfranchised only native–born white male landholders, the progress of all American groups in terms of civil rights has been tied to the progress of African-American people. It is my passionate hope that just as Americans are protected nationally against the denial of their civil rights based on race, class, gender, religion, etc., I hope that they are also not denied their rights based on their sexual orientation or gender identity.

Keep an eye out for more interviews with members of the SAGE community during Black History Month!

Looking for ways to get involved? Share your story by becoming a SAGE Spokesperson today. 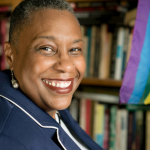 “Black history is made every day and everywhere.”Announcements