LGBTQ+ elders age their way, but can they age at home?

May is Older Americans Month and the US Administration for Community Living has declared that this year the theme is “Aging My Way.”  Across the country, organizations involved with older Americans are discussing ways to assist elders to age in their own homes and communities and how to remove barriers to aging in place. For LGBTQ+ elders, the ability to age at home is critical but often the services and supports that make that happen are barred to them.

It’s estimated that by 2030, there will be 5 million LGBTQ+ elders over 65 in the U.S.  They face overwhelming barriers in maintaining their independence as they age.  They are twice as likely to live alone and are four times as likely to be childless as the general population. Many are estranged from their birth families due to family members’ unwillingness to accept their identity. Nearly one-third live below the federal poverty line.

As they age and need more assistance and care, LGBTQ+ elders have fewer options than older people in general. They often cannot rely on children, spouses, or relatives for care and rarely have the financial resources to pay for private in-home care. But aging at home is often the only safe option for LGBTQ+ elders, for whom the anticipated need for long-term care is a major source of stress.

Studies indicate that 30% of LGBTQ+ elders fear that moving to a care facility will mean having to disguise their identity or being separated from their partner. A study of LGBTQ+ elders who had entered long-term care themselves or had a loved one in long-term care revealed that nearly half had experienced mistreatment based on their real or perceived sexual orientation and/or gender identity. This included verbal or physical harassment from staff or other residents, restriction of visitors, and denial of needed care or medical services. For these reasons, it is critical that LGBTQ+ elders be able to age in place, in the communities they have found and created.

But this does not happen in a vacuum. Aging in place requires a network of services and supports that often are not available or not welcoming to LGBTQ+ elders. For example, affordable elder housing is an essential lifeline.  Research shows, however, that 48% of LGBTQ+ older adults who apply are discriminated against due to their identity. Many who do move into elder care communities experience discrimination and mistreatment after moving in.  Marsha Wetzel, who ultimately sued her landlord, is one example.  She suffered physical assault and derogatory slurs from tenants when she moved into Glen St. Andrew Living Community for Seniors. When she complained, management restricted her access to community spaces.

Aging in place often requires a network of social supports, such as meal delivery, transportation, and in-home assistance. But again, far too often LGBTQ+ elders are excluded, marginalized, and ignored by elder programs  Almost three-quarters of LGBTQ+ older adults surveyed report that they do not feel they can use mainstream elder services without concealing their LGBTQ+ identity.

There are also programs that provide training and technical assistance to elder-serving organizations to become LGBTQ+ accepting, like  SAGECare, which provides a recognized credential for providers who make a commitment to improve their cultural competency. The SAGE/HRC Long-Term Care Equality Index (LEI) provides a mechanism to assess the policies and practices of elder care providers against well-established best practices for LGBTQ+ welcoming facilities. One key component that is missing is a broadly applicable anti-discrimination law, like the Equality Act, that would prohibit discrimination in housing and public accommodations (including services and care) on the basis of sexual orientation and gender identity.

LBGTQ+ elders are leading the charge in demanding to be empowered to age in their homes and communities. They are refusing to be invisible. Our community’s elders, like all elders, have the right to live with dignity as they age. It’s time to work together to make that right a reality and to honor and support all of our LGBTQ+ elder pioneers. 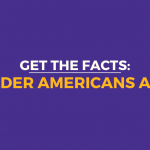 Get The Facts: Older Americans ActArticles 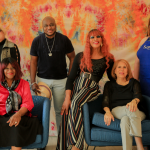