Death and dying are something every human will inevitably experience, and may be the only thing besides birth that some of us have in common with each other. Although death is commonly referred to as the “great equalizer,” experiences leading up to death are anything but equal for many LGBTQ+ elders.

Since the 1960s, palliative and hospice care has increased as an end-of-life intervention. Palliative care, also known as comfort care, focuses on relieving the painful symptoms associated with long-term or terminal illnesses and provides patients with spiritual and psychological support. Hospice is similar but is only offered to patients near the end of their lives. Typically, hospice has no curative goal, while palliative care can happen in tandem with other medical treatments. Hospice and palliative care work to increase patients’ quality of life, regardless of how long it may be, allowing people to be lucid, present, and less physically pained – giving people a comfortable way to depart from friends and family.

Our life stories influence the ways we live and die, and LGBTQ+ life histories are missing in many conversations about death and dying. For example, homophobia and transphobia shape how medical establishments treat LGBTQ+ elders. Many medical providers may not be aware that LGBTQ+ elders tend to rely more heavily on their chosen family and friends as their caregivers than their heterosexual counterparts, who more commonly have children to take of them. LGBTQ+ elders of color experience homophobia, transphobia, and racism throughout their lives, impacting treatment during death and dying. However, what we know about LGBTQ+ end-of-life experiences and preferences are limited because of the lack of routine data collection on sexual orientation and gender identity (SOGI). While SOGI data is lacking for all LGBTQ+ people, intersectional data, which considers SOGI and race and ethnicity, is few and far between. Despite these obstacles, there are steps that we can take to improve the death and dying processes for LGBTQ+ elders.

One step LGBTQ+ elders can take to help ensure the easiest transition for themselves and their loved ones is the creation of an advance care directive (ACD). An ACD is a legal document that specifies the types of care a patient wants should they lose the ability to advocate for themselves, such as if they are ill, incapacitated, or have died. ACDs can be tailored by LGBTQ+ people with distinct needs because of race, sexual orientation, and/or gender experiences. For example, an ACD can ensure that transgender or gender non-binary (TGNB) people in palliative and hospice care settings will have their correct name, pronouns, and gender representation respected even if it becomes impossible for them to speak for themselves.

The typical ACD model assumes that a dying person’s caregivers are their heterosexual spouse or birth children. This means that the ACD model does not consider that many members of the LGBTQ+ community don’t have traditional marriages, are more likely to be childfree, and rely on chosen family members to make critical decisions. Medical professionals are less likely to offer ACDs to racially minoritized populations, including LGBTQ+ elders of color. LGBTQ+ elders of color are less likely to be offered ACDs than their white counterparts because some medical professionals have inaccurate, preconceived notions that older adults of color experience pain, death, and dying differently. However, there is no difference in how humans experience pain, and that, regardless of race, people have very similar desires of what the end of life should look like. The different experiences in death and dying are structural, not personal, and elders who experience racism, homophobia, and transphobia, still experience discrimination up until death. Therefore, medical establishments must take proactive steps to treat people equally in life and death.

We can equalize the experiences of diverse LGBTQ+ elders receiving palliative care or hospice through cultural competency training among palliative and hospice care providers. Cultural competency training first and foremost teaches providers about the life experiences of marginalized groups, allowing for empathy and understanding, and reducing bias in cross-cultural interactions. On top of this, training can improve communication efforts and build much-needed trust between patients and their caregivers and providers. Trust is essential in building culturally competent palliative and hospice care systems because LGBTQ+ elders have experienced systemic homophobia, transphobia, and racism throughout their lifetimes.

Cultural competency training is one of the ways service providers can ensure that they are honoring the lives of LGBTQ+ elders and treating them with respect and dignity through the end of life. Providers should also be aware that patient-centered care for diverse LGBTQ+ elders is essential as we strive to build LGBTQ+ inclusive and anti-racist systems of care.

Simply living should warrant a good death. In journeys of life and death, diverse LGBTQ+ populations must be allowed to maintain dignity and preserve every piece of our identity, including our races, sexual orientations, and gender experiences. Work needs to be done sooner rather than later to achieve a good death for everyone. Researchers, policymakers, and advocates must understand the experiences of LGBTQ+ elders and the industry’s need for greater SOGI data collection efforts. Conversations about end-of-life wishes and ACDs must be ongoing, regardless of a patient’s race, ethnicity, gender, or sexuality. We need more care providers who are trained to ensure the highest level of care is provided regardless of race, sexual orientation, and gender identity.

The last thing anyone should have to worry about as they approach the end of their life is how they will be treated in their final days. Everyone deserves the opportunity to plan for and experience a good death, and it is well worth us all advocating for equal treatment for those of us in our final days.

This blog post was guest written by Emma Johnson. Emma is a junior at the Colin Powell School for Civic and Global Leadership at The City College of New York. She worked with SAGE as a David Mixner Fellow in the spring of 2022. 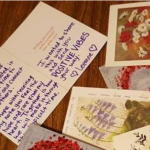 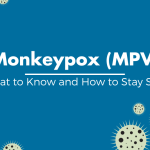