Jason Young is Assistant General Counsel, Legal & Finance, at FS Investments (formerly known as Franklin Square Capital Partners) in Philadelphia. In addition to serving on SAGE’s Board of Directors, Jason also serves on the Advisory Board of the Harvard Association for Law and Business, and on the Board of Directors of the Clifford Chance Foundation, Inc.

Prior to joining FS Investments, Young was a partner in the Americas Banking & Finance practice of Clifford Chance in New York. His practice at Clifford Chance focused on domestic and cross-border transactions with particular emphasis on financing for professional sports franchises. He was recognized multiple times by Chambers USA as a notable nationwide sports law practitioner. 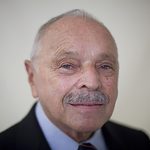