Frank Stark was less than a year old when he was brought by his parents, who were Jewish refugees during World War II, from a small French town to the United States. Frank’s involvement with the LGBT community began in earnest in 1987, when he was asked to go to the LGBT War Conference.

There he was introduced to Sherri Cohen, then Executive Director of the former Fund for Human Dignity, who asked Frank to join the Fund’s Board of Directors. His initial task was to develop and implement the fund’s first major donor annual campaign. Both the organization and Frank were pleased with the outcome, and he was subsequently elected Co-chair of the Board. Subsequently, he was asked to join the Board of New York City’s LGBT Community Center.

Stark soon became involved in the Center’s capital campaign to rebuild its headquarters. As the first co-chair of the campaign, he took pride in helping the Center raise over $10 million from New York City’s LGBT community. After completing the maximum term of six years, Stark left the Center Board in 1998.

Stark served on SAGE’s Board of Directors from 2000 to 2004 and rejoined the Board in 2007. He served as Board co-chair from 2009 to 2011 and completed his maximum term of six continuous years in 2013. While part of the Board, Frank was instrumental in creating and chairing the SAGE Investors Circle (SAGE’s enhanced major donor program), as well as chairing and restructuring the Board’s Development Committee. In January 2015, Stark returned to the Board. He is proud to have been honored with the Joyce Warshow Lifetime Achievement Award at the 2015 SAGE Awards Gala.

One of the tenets of his philosophy is that the value of a person’s life is partly measured by how he or she has affected the world around them. Being involved with SAGE and its mission has allowed him this opportunity. 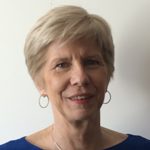