In: Discrimination, Health Care, Housing, In the News, LGBT Aging

Leaders of AARP New York and SAGE unveiled a new report this week on the disparities older LGBTQ people face regarding healthcare, poverty, and economic security compared with non-LGBTQ people. “Disrupting Disparities: Solutions for LGBTQ New Yorkers Age 50+” was commissioned by both organizations with funding from the AARP Foundation.

“This is unacceptable. We are calling on state lawmakers to address this right now,” said AARP New York State Director Beth Finkel. “It’s even worse for LGTBQ people of color and transgender older people. And the pandemic has only exacerbated these disparities.”

“For decades, SAGE has seen the realities of this report first-hand. While we have certainly made progress since Stonewall, LGBTQ elders can’t afford to keep waiting for vital policies to protect their rights and promote their well-being,” said Michael Adams, SAGE CEO. “We’re thrilled that SAGE’s partnership with AARP New York brings the full weight of the country’s most influential advocate for older Americans to the public policy table on behalf of LGBTQ elders.”

Among the disparities LGBTQ New Yorkers age 50+ face include:

Limited housing options — Thirty-four percent of older LGBTQ people and 54 percent of older transgender and gender-nonconforming people fear being compelled to go back in the closet to secure elder housing. In one study, 48 percent of older same-sex couples in ten states reported experiencing overt discrimination in the application process compared with heterosexual couples.

Isolation and disconnectedness from services — Older LGBTQ people are far more likely than non-LGBTQ people to live alone and far less likely to rely on family members or adult children for informal caregiving. Social isolation can have a significant impact, with fewer opportunities to interact in age-friendly and LGBTQ-inclusive environments. The COVID-19 pandemic has exacerbated isolation, compelling older LGBTQ people to connect with others through technology — phone, Zoom, Facetime, and more. In San Francisco, community organizations like Openhouse are attempting to meet the need of mitigating isolation of senior LGBTQ people with home visits by younger LGBTQ volunteers — as well as meeting the needs of older LGBTQ people with disabilities or without enough to eat.

As outlined in their new report “Disrupting Disparities: Solutions for LGBTQ New Yorkers Age 50+,” SAGE, AARP New York and advocates will push for solutions, including formally designating older LGBTQ New Yorkers and those living with HIV, as groups of “greatest social need” under the federal Older Americans Act — just like California, Massachusetts, and Illinois have — driving greater aid for senior services to those populations. The report also pushes for anti-discrimination based on sexual orientation and gender identity or expression in elder housing and healthcare. Establishing a statewide Commission on LGBTQ Aging will also help identify challenges, develop and share best practices, and improve the quality of life for older LGBTQ people. These are a few of many solutions offered in the report.

“In New York, LGBTQ adults 50 and older, especially those of color, face unique challenges as they age, leading to wide disparities in their health, economic security, caregiving, housing, and social connections,” said Lisa Marsh Ryerson, President of AARP Foundation. “These challenges have worsened during the COVID-19 pandemic. Though we’ve made significant progress in tackling these problems since we launched ‘Disrupt Disparities’ in 2018, we must do more to level the playing field so that all LGBTQ New Yorkers can live healthy, financially secure, socially connected lives and thrive as they age.”

This article was originally published in Edge Media Network on January 30, 2021. 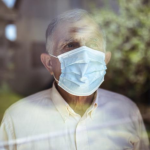 LGBTQ Seniors and COVID-19: A Generation of Resilience Instills Faith Instead of FearIn the News, LGBT Aging 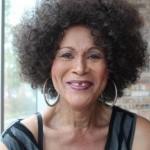