[New York, NY] Today, in honor of Pride Month, President Biden signed an Executive Order that advances protections and support for the LGBTQ+ community. SAGE, the world’s largest and oldest organization dedicated to improving the lives of LGBTQ+ elders, celebrates this win for the community. The first of its kind Executive Order includes explicit direction for the U.S. Department of Health and Human Services (HHS) to publish a long-term care “Bill of Rights for LGBTQI+ Older Adults” and new guidance on the nondiscrimination protections for older people in long-term care settings. It also charges HHS with undertaking new rulemaking to establish that LGBTQI+ individuals are included in the definition of populations of “greatest social need” under the Older Americans Act.

“Thank you, President Biden, for recognizing the health and welfare of LGBTQ+ elders who have given a great deal to the betterment of this country,” said activist and bill namesake Ruthie Berman.

We commend the leadership of President Biden and our champions in Congress—including Representatives Bonamici, Deutch, and Crist, as well as Senators Bennet, Casey, and Murkowski—who continue to prove their dedication to supporting the millions of older LGBTQ+ people across the country.

SAGE is the world’s largest and oldest organization dedicated to improving the lives of lesbian, gay, bisexual, transgender, and queer/questioning (LGBTQ+) older people. Founded in 1978 and headquartered in New York City, SAGE is a national organization that offers supportive services and consumer resources to LGBTQ+ older people and their caregivers. SAGE also advocates for public policy changes that address the needs of LGBTQ+ elders, provides education and technical assistance for aging providers and LGBTQ+ community organizations through its National Resource Center on LGBTQ+ Aging, and cultural competency training through SAGECare. Learn more at sageusa.org. 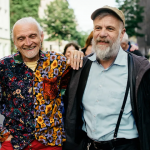 How LGBTQIA+ Elders Can Get the Care and Support They NeedHealth Care, Housing, In the News, LGBT Aging, Wellness 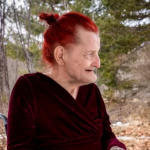