In honor of SAGE’s 40th anniversary, we paired LGBT trailblazers and influencers of varied generations to reflect on our collective past and discuss our future. These interviews reflect life experiences that span several decades and geographical divides. All illustrate burning passions for a better tomorrow.

ROBERT PATRICK is a writer and singer.

What are the challenges the LGBT community faces as we age?

Robert: The first challenge is that everybody is living longer and there are going to be a lot more old people and a lot more old LGBT people. They’re not all going to get married so there are going to be a lot of older, single LGBT people who are alienated from their family. So some kind of new social structure is going to have to develop particularly aimed at the old and alone. I never thought I’d be 80, and I’ve been incredibly lucky health-wise—I’m active and still creating—but I don’t know any other gay people my age. I think they’re all in homes.

Miss Barbie Q: The LGBT community has to start changing the culture of what it means to be older. The LGBT culture needs to really take a look at how we value our elders. We’re one of the few communities that really has a hard time honoring our elders. Japanese, Mexicans, Indians, and so many other cultures hold their elders in high esteem. We discard our elders. We treat them as bitter old queens, jaded lesbians, angry. I think the biggest job for SAGE is to change that dialogue. SAGE is part of changing the culture by bridging the gap—not just between older LGBT and youth. I’m the in-between—between 25 and 60. There are many of us who don’t want to get old because we’re afraid of how we’re going to be treated because we see how elders are treated. We are living in fear. That’s why there’s such a high percentage of my generation who are HIV+ because they are living like there is no tomorrow. I have many friends in their 40s being diagnosed because of condom fatigue, and they don’t want to get old because they see no redeeming value in that, which is a shame. 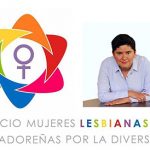 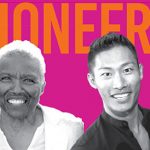