JEWEL THAIS-WILLIAMS is a lifetime LGBTQ+ activist and Founder of The Village Health Foundation, Inc.

JOEY WASSERMAN is Director of Major Gifts at SAGE.

Jewel: The most inspirational person for me over the past 40 years without a doubt is Dr. Donald Kilhefner. He was one of the founders of the Gay and Lesbian Community Services Center here in Los Angeles, which was the first one of its kind in the world. I came to him as a client and we ended up becoming great friends. I always called him my brother and I tell him that he’s much blacker than I am in his thinking. He is also one of the founders of The Radical Fairies that helped kicked off the gay and lesbian revolution back in 1969. We are probably two of the oldest LGBTQ+ activists in this area still out there doing the work.

Joey: I think it would have to be my parents. My parents started a gay and lesbian bar back in the 70’s. Around the same time, Jewel, as you started The Jewel Room in 1973, which was the precursor to The Catch. Growing up in that affirming environment made me always appreciate the pioneers who came before us. We’ve encountered so much. In the 50’s with the Lavender Scare. In the 60’s at the Stonewall riots and into the Gay Liberation Movement of the 70’s. I think bars in the gay community created a safe space. They weren’t necessarily frontline at the marches or rallies, but they were behind the scenes and they were the ones making sure that there was comfort, acceptance and love. And people like my parents were truly part of a pioneering movement that established a community among the LGBTQ+ family.

Jewel: There’s an African proverb that says, “If the elders are lost, then the adults are lost. If the adults are lost, then the children are lost.” The sense of community, of organizing the intergenerational events like the dinners that SAGE promoted last year, are critical. Individuals by themselves are isolated. Television shows and discussions on the internet are helpful but as in any movement we need numbers and we need dedicated people to make real sustained changes come about. So interacting with other elder organizations, that may or may not be LGBTQ+, would be advisable too.

Joey: I think SAGE keeps the spotlight on what’s important. Its mission is critical to an ever-growing population of the LGBTQ+ community. As we see the Baby Boomers age into retirement, we also see, for one of the first times in our history, our LGBTQ+ community retire. It’s important that we don’t lose sight of this trend. And it’s important that we don’t lose sight of the resources and the support needed to take care of our own. SAGE’s work is important because it takes a more comprehensive approach to what that means. And as Jewel mentioned before, it also includes intergenerational engagement. I don’t think segmenting our community based on age or different minority groups is going to be beneficial as we grow. We weren’t founded upon those principles. We were founded on the principles of cohesion and camaraderie and as we grow older SAGE’s focus will continue to take a more comprehensive and collective approach to aging. 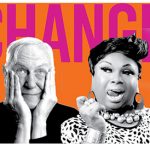 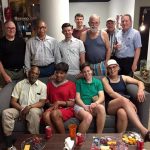