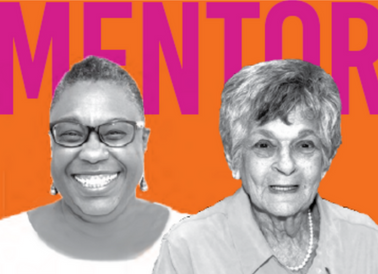 KIM L. HUNT is the Executive Director of the Pride Action Tank of the AIDS Foundation of Chicago.

SANDY WARSHAW is an activist and an author, and a longtime friend of SAGE.

Who or what from the past 40 years of our movement inspires your work?

Kim: So, 40 years ago I didn’t know I was a lesbian. Like Sandy, I didn’t come out until I was in my thirties, and had been married and had children. So looking back on what was going on 40 years ago, one of the things that I do remember was the protests against Anita Bryant. I would have probably been about to graduate high school and not quite sure what all the uproar was about, but it was my first time seeing LGBTQ+ folks in the public space protesting for their rights. So that has always stuck with me.

Sandy: Probably earliest inspirations— once I came out in my 40’s—were Del Martin and Phyllis Lyon. They had been out, activist lesbians for many years. They were the first older lesbian couple to be married in California when it became legal. They were activists. They were proudly out. They fought for everybody else to be out. They tackled the issues as they came at them, and I definitely admired them.

Sandy: We have to enable more members of the community to speak up and speak for themselves. We still have to go back and fight and make healthcare available all over the country. SAGE has to continue its community response for older people— especially those who live alone.

Kim: I think that’s right on and I would add two things. One is the extra vigilance that SAGE has to have these next few years, at least through this administration, because we’re seeing the constant chipping away of everything we’ve fought for, including these national survey questions. People are being totally erased. So any kind of data gathering would be very helpful. The other is educating younger people about aging and older adults. I know SAGE has the intergenerational mentoring program, but the more spaces that SAGE creates for older and younger folks to learn from each other, the better. It is important, especially for young activists, to learn that activism doesn’t stop when you get older. Older adults want to advocate for themselves and be mobilized, empowered and a part of the work that’s going on. 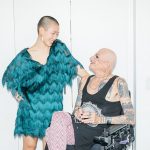 Why SAGE Table: Our CommonalitiesArticles 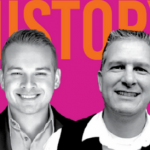