Intergenerational LGBTQ+ initiative SAGE Table, which launches on November 8, is being to brought to life by the dedicated members of the SAGE Table 2018 National Host Committee.

This group of civic leaders hails from five cities in which SAGE is catalyzing especially deep engagement for this year’s event, including Chicago, Los Angeles, Miami/South Florida, Washington, D.C., and New York City.

According to Harvey Abrams, who co-chairs the committee with Anthony Sis, “SAGE Table is about bringing people of all different ages and walks of life together, all across the United States, to talk about loneliness and isolation in the LGBTQ+ community, especially among many of our elders. Representing the vision of SAGE Table, the 2018 SAGE Table National Host Committee is made up of a diverse array of volunteers who range from their mid-20s to their 70s. Each believes in the power of conversation and community engagement as a springboard for action and for hope. They are leaders who are passionate, energetic, and fun to work with. We share a belief in SAGE Table and that together we can all age into a brighter future.” 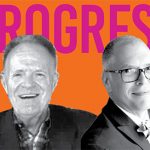 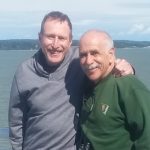