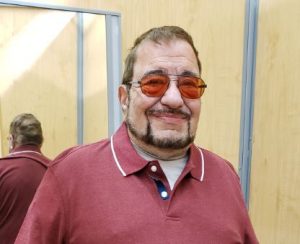 This article is part of a series of profiles of the inspiring SAGE constituents who were part of the Stonewall uprising in 1969, an event that inspired the modern LGBTQ+-rights movement.

Joel Snyder coined a war cry on the SAGE Pride bus during its ride down 5th Avenue on June 30, 2019. From the open-top seating area of a double-decker bus, the 75-year-old Snyder hollered to the mostly younger crowd gathered below, “We started this, now you finish it!” By the end of the march, Snyder was hoarse but elated.

Joel, a born-and-bred New Yorker and an Army veteran, was a waiter at the Stonewall Inn on the night of the 1969 uprising. Joel has many vivid, firsthand memories of the Stonewall uprising and paints a vibrant picture of the night that sparked the modern LGBTQ+ rights movement: “All the gay bars back then were owned by the Mob, because it was illegal to have a gay bar, to have an after-hours bar—it was illegal to be a homosexual back then, too,” he says.

Police raids happened so frequently that gay bars had a system to warn patrons. “Danny was this dapper Mob guy who we called the ‘button man.’ He stood outside the bar, and if the cops were coming to do a raid, he would push the button and the lights would come up. Everyone knew to separate—a man dancing with another man or a woman with a woman.”

Joel says that on the night of the uprising, “About five or six cops came in. There was a new police captain in the 6th Precinct, and he could not believe there was a gay bar in his district. He was pissed and wanted to make a name for himself. They raided us at about midnight, which was pretty early for the Stonewall,” Joel says. ”There were only a couple of hundred kids there that night. The captain and maybe four officers ran in and started yelling and asking for people’s IDs. When the cops started breaking the cigarette machine and stealing the staff’s tips, the kids started getting pissed,” says Joel.

Those who were arrested—mainly drag queens, young people, and people of color, says Joel—were led outside to paddy wagons. But this night, the crowd fought back and led those who were arrested right back out of the paddy wagons. The mass of people started to grow. The police were outmanned. They didn’t count on anyone fighting back, let alone a group of people they thought of as misfits, Joel says. The handful of cops, wildly outnumbered, locked themselves inside the Stonewall to protect themselves from the rapidly growing horde.

“Then even more people came,” says Joel. “First there were about 500 people there, and within the next hour, there were about 1,000 people. Word spread through the Village like wildfire. Two queens pulled a parking meter out of the ground, out of 3-foot-deep cement and used it as a battering ram up against the front door. We took over Sheridan Square for three days. The cops were scared of us!” he says. 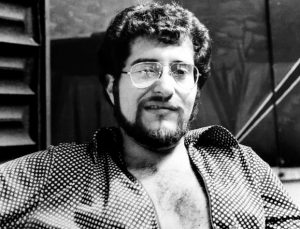 Joel says that Stonewall was a major turning point in his life. He left the city two weeks after the riots. He moved to San Francisco, then to Portland, Oregon. “During that week, it felt different, but I guess I left New York because I could go to jail for being me, and that wasn’t the case in San Francisco. I was part of the defense department for the Gay Liberation Front and I founded the Vietnam Veterans Against the War. There was definitely a shift in me and I took it with me there. I was an out and proud gay man, even to my Army buddies—and no one dared call me faggot!”

Joel lived in San Francisco for 15 years, during the heyday of Harvey Milk, but “by 1984, I had lost everyone I had ever loved” to the AIDS epidemic, so he moved to Portland to again start over.

He was beyond thrilled to return to Stonewall in 2019 for a reunion with others who were part of the uprising. In fact, the 50th anniversary of Stonewall was his first trip back to New York City since that night 50 years ago. “I have never been one to want my name or face publicized, but now I feel like I have nothing to fear. I believe in fighting for the rights of everyone. I have seen some of the darker sides of humanity, but the bright side is teaching younger people how to fight back.”

And that’s exactly what he did as he shouted to the crowds at the 2019 Pride march that celebrated him and all the others who said, ‘No more!’ 50 years ago.