Older LGBTQ+ Americans continue to pave the way for equality. They display perseverance and courage, and regardless of the obstacles, they fight against discrimination and stand up to bigotry—and they have done so for their entire lives. Unfortunately, the Trump administration is attempting to roll back many of the hard-fought gains made by the LGBTQ+ community over the years.

It is for that reason that I have been using the resources available to me as Ranking Member of the U.S. Senate Special Committee on Aging to fight on behalf of the millions of LGBTQ+ Americans age 65 and older.

Faced with prejudicial social stigma, this population experiences unique challenges that are often overlooked, including higher poverty rates, difficulty accessing health care, and social isolation. Older LGBTQ+ Americans may be less willing than younger generations to discuss their sexual orientation or gender identify, either out of generational norms or a life experience of discrimination. This can be particularly prevalent for older LGBTQ+ Americans entering senior living facilities.

When the Trump administration attempted to undermine the rights of LGBTQ+ elders by removing them from key survey questions concerning the LGBTQ+ community, I took action, alongside SAGE and Human Rights Campaign, among others. In June, the administration heeded my calls and announced it would continue surveying the needs of older lesbian, gay, and bisexual Americans who receive services through key programs at the U.S. Department of Health and Human Services.

Recently, I hosted a briefing on Capitol Hill with SAGE to educate congressional staff about the unique issues facing older LGBTQ+ adults. During the briefing, representatives from SAGE, Movement Advancement Project, Human Rights Campaign and Mary’s House for Older Adults highlighted issues that included visitation rights for unmarried partners in medical facilities, health care for older Americans with HIV/AIDS, and a lack of resources and cultural understanding of the needs of rural LGBTQ+ seniors. 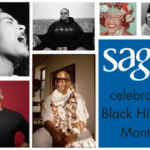 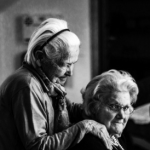