After nearly three years of waiting and with their financial security waning, Suz Atlas and her partner Mary Groce finally moved from Camden to the John C. Anderson Apartments in Center City on May 1, 2017.

“We couldn’t get here fast enough,” said Atlas, 79, a retired massage therapist. “We don’t know where else we would have gone.”

One of the first LGBTQ-friendly senior housing facilities in the United States, the John C. Anderson Apartments — named for the pathbreaking Black and gay City Council member who died in 1983 — has been called home by nearly 100 people since it opened in 2014. The 56-unit, six-story structure was constructed for $19.2 million on 13th Street near Spruce at the site of a parking facility that had been owned by the city’s redevelopment agency.

“There’s a need for affordable housing where LGBTQ seniors can feel safe and can be among their peers,” said Charles Carroll, property manager of an apartment complex known to many as the JCAA.

With its lush courtyard garden, active community partnerships, extensive services, and 200-person waitlist, the JCAA has become a model for LGBTQ-friendly, subsidized housing for seniors. Similar projects are under discussion, in construction, or open in New York, Boston, Chicago, Cincinnati, and other cities.

“The Anderson Apartments were at the forefront, and we showcase them,” said Sydney Kopp-Richardson, director of the National LGBTQ+ Elder Housing Initiative. The initiative is run by SAGE, a New York nonprofit founded in 1978 that has developed subsidized rental buildings for seniors in Brooklyn and the Bronx.

SAGE estimates that the population of LGBTQ seniors in the United States will reach seven million by 2030. The oldest members of this population are more likely than their younger peers to have faced discrimination in employment and housing, and were young adults decades before same-sex relationships were afforded the economic and other advantages of civil marriage.

To be eligible for a JCAA apartment, a prospective tenant must be at least 62 years old and have a gross annual income of no more than $44,280, or $50,640 for a couple. Federal housing choice vouchers — also known as Section 8 — are accepted, as well.

About 30 LGBTQ-friendly affordable-housing projects are open or in some stage of development nationwide, Kopp-Richardson said.

‘Better care of our elders’

Located around the corner from the William Way Community Center, the JCAA stands in the heart of Philly’s Gayborhood, which for much of the 20th century was the residential and social hub of the region’s LGBTQ community. But gentrification and redevelopment have diluted the queer presence in recent years.

“I was aging, and I saw my brothers and sisters aging in Gayborhoods they helped create and then, as the neighborhoods got fancy, having to move out,” said Mark Segal, publisher of the Philadelphia Gay News. “I felt our community needed to take better care of our elders.”

Segal found support for his fledgling mission among political and community leaders in the city, Harrisburg, and Washington. And at a social event in 2011, he had a conversation about the need for affordable senior housing in Philly with an official of Pennrose, the Philadelphia real estate development and management company.

“At the time, there was only one other [LGBTQ-friendly senior] project in the nation, and that was in L.A. and was developed differently,” said Segal, 71.

Pennrose went on to develop the project in partnership with the Dr. Magnus Hirschfeld Fund, a Philly nonprofit Segal helped established in 2005 The fund is named for the German physician and gay rights advocate whose research institute in Berlin was ransacked and closed by the Nazis.

Construction of the JCAA was financed with low-income housing tax credits, the cornerstone of affordable housing. The credits were created by a 1986 federal law to encourage private investment in such projects.

“LGBTQ-friendly housing is not set aside for LGBTQ people only, but it does create a friendly and welcoming environment for those in the community and their allies,” said Jacob Fisher, who helped shepherd the Anderson project and is regional vice president of Pennrose.

At the JCCA, the proudly progressive and communal spirit of the Gayborhood of the 1970s and ‘80s is alive and well among the people who live there.

They include longtime activists with Radicalesbians, ACT-UP, and other organizations, as well as veterans of Stonewall, the 1969 New York City uprising widely seen as launching the contemporary gay rights movement.

Groce, a harpist and writer, is the editor-in-chief of the building’s monthly newsletter, which often includes stories about such historical events as the 1975 City Hall confrontation between Mayor Frank Rizzo’s police department and a new group called Dyketactics.

John S. James moved into the JCAA within weeks of its opening. He was among the pioneers marching for gay rights in front of Independence Hall in 1965 — one of the first such demonstrations in the United States. James carried a hand-lettered sign calling for the right of homosexuals to “make their maximum contribution” to society.

“At that time the official [federal] policy was that any homosexual would be fired, and I was a computer programmer at the National Institutes of Health,” said James, 81, who continues to write and publish essays about social justice issues.

“We didn’t know what was going to happen at the [1965] demonstration,” he said. “We were afraid there was going to be violence. But I thought it was important to be there.”

Elizabeth Coffey Williams, a transgender woman and actress who appeared in films by John Waters — including his iconic Pink Flamingos — was on the verge of homelessness when she moved into the JCAA in 2014.

In 2021, she was named “Person of the Year” by Philadelphia Gay News. She has been out for half a century.

“Fifty years ago, there was a very familial atmosphere in the community, and I think that has carried forth at the JCAA,” Coffey Williams said. “It never occurred to me to be invisible. I found my safety living in plain sight.”

The greater visibility of LGBTQ people notwithstanding, misperceptions of the community as generally affluent, and even privileged, persist. Seniors in their 70s and 80s — “the first ‘out’ generation,” Segal said — came of age decades before anti-gay employment discrimination was outlawed and the U.S. Supreme Court recognized the right to same-sex marriage.

“As we worked with Mark and the community, we looked at the data on [LGBTQ seniors] and the demand and need, for affordable housing — especially for that first ‘out’ generation,” said Pennrose president Timothy Henkel. The company is now working on housing projects similar to the JCAA in Cincinnati, Ohio and New Haven, Conn. An initiative for homeless LGBTQ youth in Denver is in the works as well.

Ground was broken in June. Then, in July, signs around the Pryde construction site were defaced with threats of violence. The wider community responded with expressions of solidarity and support, but the incident serves as a reminder that prejudice against LGBTQ people endures, Henkel said.

Carroll, the JCAA property manager, said the Boston incident also underscores the vulnerability of the community’s elder citizens. “While it would be nice to think that someday we’ll all live in perfect harmony, as LGBTQ people age, they need to live somewhere they can feel safe,” he said.

Orlando Casanueva, a tenant for five years, grew up in Fidel Castro’s Cuba. He can remember a cousin being imprisoned by the government in a remote “education camp” for homosexuals.

“Growing up, I could never imagine a place like this,” the retired computer programmer said. “It’s a dream come true. Who wouldn’t want to live here?”

Said Michael Quay, a retired journalist who shares an apartment with Frank Potopa, his partner of 35 years: “Living here, being gay starts to fade into the background. To me, that’s real equality.”

Groce, who’s 72, said lesbians of her generation “had to play along and not be so obvious” about themselves in the straight world, and were “isolated from our community” much of their lives.

“And when we finally got there, about 10 people were in the community room. They cheered for us and said, ‘Welcome home.’”

This article was originally published in The Philadelphia Inquirer on August 26, 2022. Give These Elderqueer Heroes Their Flowers AlreadyDiscrimination, Health Care, In the News, LGBT Aging 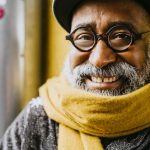