Give These Elderqueer Heroes Their Flowers Already

In queer circles, you’ll likely get read for not knowing important moments in LGBTQ+ history, such as the origins and key players of Pride (*read, in this context, meaning thoroughly but gently, publicly shamed). It makes sense. How can we relish the acceptance current generations of queers enjoy without honoring the people who fought every kind of oppression to give it to us?

I’ve felt the sting of embarrassment, during my trans adolescence, for not knowing the stories of Marsha P. Johnson, who panhandled on the corner of Bleeker and Christopher, only to give the money away to her trans siblings. At the time, I, like many of my peers, could only list actors and transgender influencers — not the behind-the-scenes activists who helped make my existence possible.

Surrounding Christopher Park in the West Village, just across the street from the Stonewall Inn bar, are black and white photos of historical moments in LGBTQ+ history hanging on the fences. Only a few of the thousands of people who walk by those photos have some idea of the significance of their placement. Albert Herring, a 74-year-old man, is featured in one of these photos with the same youthful expression he wears today. Nearly everyday, he sits on a bench facing Stonewall Inn, reliving the memories of his youth.

People travel from all over the world to take photos in front of Stonewall Inn, without any idea that a veteran of the riot is sitting right across the street. “People keep asking, ‘who threw the first brick?’ It doesn’t matter who threw the first brick,” he says, “They came with a death wagon. They were ready with billy clubs in their hands. They wanted to kill us and throw us in the back of the wagon. That wasn’t a riot. We were fighting for our lives.”

Albert, who is now a good friend, hid his history as a Stonewall veteran for many decades. He felt that garnering attention for himself would take away from a movement meant to liberate people like him. It wasn’t until seeing figures like Sylvia Rivera and Stormie DeLavarie glorified in the media that he changed his mind. Seeing that his contribution was appreciated and even mythologized pushed him to be more open about being present the night Pride was born. “I’m a [Stonewall] veteran. I never wanted to have the focus on me. But now I want to be in the front of the parade. It’s been 54 years and I’m still here,” he says.

Albert’s experience spans the entire gay rights movement, and no one outside of his small circle of friends knows it. It was only through a chance encounter at a ball performance on the Christopher Street piers that I learned about him. One sunny afternoon in June, my friend Reneé Imperato, a 73-year-old transgender woman, and I were celebrating Pride. We decided to go to the place where many of the people who fought for gay rights in the 70s became homeless and were forced to live. Albert was there, sitting quietly while one of his close friends, Tanya Asapansa-Johnson Walker, a 59-year-old transgender woman, regaled about his accomplishments.

Reneé was born in New York City, but she wasn’t there the night of the riots. She was across the ocean fighting as a soldier in the Vietnam War. “I’m not a Stonewall veteran. I’m Stonewall adjacent,” she says, “I was brainwashed by an imperialist machine. When I came back, that’s when I started to fight.”

Reneé’s body is covered in tattoos, including an image on her right arm of Stonewall Inn, the way it was configured in the 1970s, with silhouettes of rioters in front of large flames. Inside Reneé’s East Village apartment is a wheelchair covered in scarves, coats, large pieces of jewelry and a collection of fishnet stockings. Her life once depended on this chair to get around the city.

Several years ago, Reneé wasn’t able to walk because of a severe case of neuropathy caused by exposure to Agent Orange in Vietnam. After nearly two decades of acupuncture, physical therapy and countless trips to the VA Hospital, she regained her ability to walk with the assistance of a cane. Both before and after her recovery, she has been active as an organizer for the community. She attended every march and direct action she could, whether it was by foot or in her chair.

Reneé describes the time she couldn’t walk as one of the most isolating phases of her life. “When you’re in a chair, people walk right through you. They don’t see you,” she says. Her story is common for elderqueers who feel abandoned by their friends and family as they age and lose their physical abilities.

According to a study conducted by SAGE (Services & Advocacy for GLBT Elders), LGBTQ+ elders are twice as likely to live alone, and most are forced to rely on their chosen family ― LGBTQ+ friends and partners ― for care.

I can attest to this. I was the occasional caregiver for my close friend Janice Covington, a 74-year-old transgender woman, who lived in North Carolina most of her life. She traveled the world with the Army, and she never wanted to leave her home state again. Janice and I were friends for many years when I lived in North Carolina, where we fought along side each other, against anti-transgender legislations. On my many visits, Janice would tell stories of walking the streets of San Francisco and fighting the police at Compton’s Cafeteria.

For nearly 50 years she lived a double life, presenting as male for work and as her feminine self at night. She didn’t come out as transgender until the early 2000s because she feared losing her family and career as a Nascar fire chief.

She lost her job, her family and her past in the hopes of sharing her true identity. In her isolation, she began to fight for other transgender people who hid their identities and support those who also lost their families. It led her to become active in local politics where she was eventually elected as a delegate at the 2012 DNC. The first transgender delegate in North Carolina.

Janice told me how local community members stopped visiting her and accepting her phone calls as her health started to fade. The woman I knew, who once proudly stood over six feet, fiercely challenging outdated transgender bathroom bans and bursting into public debates with politicians, was discarded and left alone in her home. As she grew older and her health declined, her value to the sometimes youth-obsessed community faded away.

After decades of advocacy, she shouldn’t have had to face her final battle alone. Her last moments of consciousness were spent at the VA, on a ventilator. She was buried in a veteran’s cemetery with her deadname on her grave marker. She deserved more, and I fear that Albert, Reneé and their peers could face the same level of abandonment as they grow older.

This article was originally published in HUFF POST on August 17, 2022. 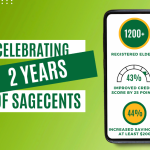 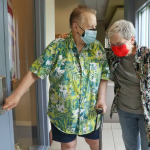 This LGBTQ-friendly seniors building is a ‘dream come true’ for residents — and a model for affordable housing in other citiesDiscrimination, Housing, In the News, LGBT Aging
X
X
Share
Tweet
Share
Email