In: In the News, Legal & Financial
Doug Kimmel of Hancock is a retired psychologist, co-founder of the national SAGE organization, and professor emeritus of The City College of New York.

A few years ago, I helped organize SAGE Maine, an affiliate organization focused on providing services and advocacy for older gay, lesbian, bisexual and transgender (LGBTQ+) elders. We began an on-going social support group in Bangor where I have met many friends who could be directly affected by the Equality Act, now pending approval by the U.S. Senate.

As the Senate considers the Equality Act, I reflect on the many stories of Mainers I’ve heard that just go to show how necessary non-discrimination protections are. One decorated Vietnam veteran came to our group at the beginning of her transition, with the assistance of a local physician and the Veterans Administration in Togus and in Boston. Recently, she moved to be near her daughter in Massachusetts. Fortunately, like Maine, Massachusetts protects LGBTQ+ individuals from discrimination in employment, housing and public accommodations; but only 15 states provide the same degree of protections as Maine. Had she moved to any of the other states that don’t provide protections from discrimination, it would have been a very different.

Another member has recently moved to North Carolina to be near her daughter. Although she and her wife are living in an LGBTQ+-friendly development, there is still the possibility that she could be met with discrimination from the broader community, as North Carolina has no anti-discrimination law regarding public accommodations.

These patchwork protections that differ by state leave so many LGBTQ+ older people worried that their most basic rights will be denied because there is no federal law to protect them.

SAGE Maine held an intergenerational potluck two years ago with students from the LGBTQ+ group at Bangor High School and discussed college plans with some of them. This complicated decision is made even more complex if they have to avoid a college in a state that allows discrimination in housing or employment for LGBTQ+ students or job-seekers.

In my case, my husband and I are in our 70s and do not know what surprises aging may hold for us. If we chose to move to life-care community in another state, we could be met with: “I’m sorry, but we only rent one-bedroom apartments to singles or heterosexual couples; you will have to rent a two-bedroom apartment.” Worse, if we had to enter an assisted living facility or nursing home in another state, we could be forced to hide our relationship or be denied services. This is not only a possibility for us, but a reality for others.

The Equality Act would amend the Civil Rights Act of 1964 to prohibit discrimination on the basis of sex, sexual orientation and gender identity in employment, housing, public accommodations, education, federally funded programs, credit and jury service. It would eliminate the need to check the individual laws of each state before accepting an employment offer, attending college or choosing a retirement home.

Early in my teaching career, I found a poster to post in my office: “Be not judgmental of someone else until you have walked a mile in their moccasins!” I think this is still a good idea. After all, why does someone’s gender or the gender of the person they love make any more difference to me than the color of their skin or the place where they were born? I am busy living my own life, and they should be allotted the opportunity to do the same without fear of being denied their rights at any moment.

I urge our senators to extend Maine’s dedication to civil rights for all citizens regardless of sexual orientation or gender identity, ensuring these protections exist on a federal level. Whether you are an LGBTQ+ elder, part of the LGBTQ+ community or an ally, now is the time to contact both of our senators to urge their support of non-discrimination protections.

This article was originally published in Bangor Daily News on May 10, 2021. 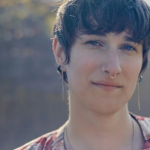