The following statement can be attributed to SAGE CEO Michael Adams:

“We at SAGE applaud the Biden administration’s public declaration from the Department for Health and Human Services prohibiting discrimination on the basis of sexual orientation and gender identity under section 1557 of the Affordable Care Act. These protections are critical to the health and well-being of millions of LGBTQ+ elders across the country. While this is an important step forward, we must urge the Senate to take action and make the Equality Act the law of the land. LGBTQ+ elders have already waited too long for the broader non-discrimination protections that the Equality Act affords.”

SAGE is the world’s largest and oldest organization dedicated to improving the lives of lesbian, gay, bisexual, and transgender (LGBTQ+) older people. Founded in 1978 and headquartered in New York City, SAGE is a national organization that offers supportive services and consumer resources to LGBTQ+ older people and their caregivers. SAGE also advocates for public policy changes that address the needs of LGBTQ+ elders, provides education and technical assistance for aging providers and LGBTQ+ community organizations through its National Resource Center on LGBTQ+ Aging, and cultural competency training through SAGECare. With staff located across the country, SAGE also coordinates SAGENet, a growing network of affiliates in the United States. 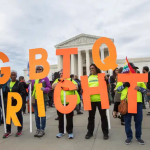 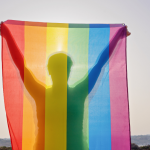