Access to physical and mental health care, free or discounted meal deliveries, caregivers and other forms of support are now easier for LGBTQ seniors in New York state to get.

Gov. Kathy Hochul signed a bill into law this week making New York the latest state to expand the accessibility of services to LGBTQ people ages 60 and over, who are disproportionately affected by poverty and isolation.

The legislation requires the state’s Office for the Aging to consider gender identity and expression, sexual orientation and HIV status when it calculates which seniors need the most help. It now considers other noneconomic factors including disability, language barriers and isolation caused by race or ethnicity, too.

“This legislation is an important step in addressing those inequities while helping ensure LGBTQ older New Yorkers receive the same respect and support as anyone else in the state,” Hochul, a Democrat, said in a statement Monday.

The measure clarifies the state’s interpretation of a statute in the Older Americans Act of 1965, a law signed by President Lyndon B. Johnson as a counterpart to the Social Security Amendments and the Medicare and Medicaid Act. The 1965 law provides funding and community-based services, such as the popular Meals on Wheels program, intended to help older Americans with the “greatest social need” live at home and in their communities “with dignity and independence for as long as possible,” according to USAging, a nonprofit group that supports agencies for the aging.

The premise of the law is to let people “age in place” in their own communities, said Aaron Tax, the managing director of government affairs and policy advocacy at SAGE, the country’s largest organization supporting LGBTQ seniors and their caregivers. However, he added, lesbian, gay, bisexual, transgender and queer older people — who are often in greater need of social services than their straight and cisgender counterparts — can be averse to seeking out the help the law provides because of stigma and their historical exclusion from government programs.

“In a nutshell, what we hope this legislation will accomplish is to help bridge that divide,” Tax said.

A national AARP survey published in June of more than 2,000 LGBTQ people ages 45 and older found that nearly half of the participants were either extremely or very concerned about having enough family and social support systems to lean on, and 85% of respondents said they were at least somewhat concerned about having enough income to retire. Many participants (52%) also reported feelings of social isolation.

LGBTQ adults over 80 are also at higher risk for developing chronic diseases, and they have increased disability rates compared with straight and cisgender adults in the same age group, according to a 2019 study published in The International Journal of Aging and Human Development. LGBTQ elders living with HIV can also suffer from comorbidities that require an even greater level of access to health care than they already have.

In recent years, LGBTQ senior housing projects have cropped up around the country in part to combat homelessness and provide access to more culturally competent care. A national survey published in May 2020 by the Williams Institute at UCLA Law painted a bleak picture when it comes to LGBTQ adults experiencing homelessness: When compared with non-LGBTQ adults, lesbian, gay and bisexual adults are three times more likely to report being homeless, while transgender adults are eight times more likely, the survey found.

To address the disparities, Massachusetts, California and a number of other states have enacted laws in recent years expanding their interpretations of those with the “greatest social need” to include LGBTQ seniors and elders living with HIV.

Tax said SAGE, which runs LGBTQ senior centers in New York City, has long been fighting for the change in New York. Now that it has passed, aging networks will be held more accountable to serve this particularly disadvantaged group, he said.

“We need to recognize that people have differences, and people come to the table with different needs,” he said.

This article was originally published in NBC News on October 19, 2022. 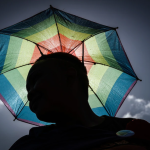