The Movement Advancement Project, the National Center for Transgender Equality, the Equality Federation, GLSEN, the Center for American Progress, and SAGE outlined a 10-point action plan and prioritized a slate of legislative proposals for the incoming administration, while the Human Rights Campaign published its own advice for Biden.

While some of the recommendations pertain to important goals for the future, other points are focused on restoring basic LGBTQ+-related initiatives from the Obama era that were gutted by the Trump administration throughout the past four years in ways especially harsh for transgender individuals.

The coalition of six organizations are calling on the president-elect to create a federal plan intended to address nationwide violence against transgender individuals, especially Black trans women; protect LGBTQ+ individuals from discrimination; remove the ban on transgender service members; release individuals held by Immigration and Customs Enforcement (ICE) in detention centers, including people living with HIV and trans asylum seekers; and create goals to end the HIV epidemic and HIV-related health disparities in the United States by 2025.

The coalition is also asking Biden to require the Federal Bureau of Prisons to house individuals in accordance with their gender identity; restore the nation’s role in promoting human rights internationally; order the Department of Justice to evaluate and make changes to its litigation efforts regarding the Affordable Care Act, the Title IX provisions on sex discrimination in publicly funded schools, and other areas; establish an LGBTQ+ equity policy council; and direct federal agencies to protect LGBTQ+ youth, queer seniors, and transgender people across housing, healthcare, and education.

While the coalition is also encouraging Biden to prioritize a series of specific bills, the fate of those legislative proposals will depend on the results of the two looming US Senate runoff races in Georgia scheduled for January 5, which will determine whether Republicans continue to control the upper chamber, holding the power to obstruct Biden initiatives.

The top three bills on the coalition’s wish list are the Equality Act, a measure establishing comprehensive LGBTQ+ nondiscrimination protections; the Do No Harm Act, which would refocus the Religious Freedom Restoration Act to prevent it from being used to discriminate against others; and the Every Child Deserves a Family Act, which would address discrimination against LGBTQ+ families and youth in foster care.

The coalition is also calling for passage of the GLOBE Act, a bill that would embed LGBTQ+ issues into American foreign policy and diplomacy; the Ruthie and Connie LGBT Elder Americans Act (named for former New Yorkers Ruthie Berman and the late Connie Kurtz, who retired to Florida years ago), designating queer seniors as a population in need of greater resources under the Older Americans Act; and the Safe Schools Improvement Act, which would require schools to implement anti-bullying and anti-harassment policies on the basis of race, color, national origin, sex, disability, sexual orientation, gender identity, and religion.

HRC is offering similar advice to the Biden team, but the nationwide LGBTQ+ lobbying organization’s extensive list of 85 suggestions also sheds light on other overdue initiatives, such as the campaign to remove the ban on sexually active gay and bisexual from donating blood (the FDA offers a vague explanation regarding how that policy impacts transgender and non-binary individuals).

“Over the last four years, the Trump-Pence administration has systemically attacked LGBTQ+ people and our nation’s most sacred institutions — our courts, our Constitution, and our fundamental civil rights,” HRC president Alphonso David said in a written statement. “The Biden-Harris administration has the opportunity to not only put our democracy back on track but deliver real positive change for LGBTQ+ people’s daily lives. The Blueprint for Positive Change 2020 charts the next administration’s path forward to improve the lives of LGBTQ+ people and move the needle closer toward full equality.”

This article was originally published in Gay City News on November 13, 2020. 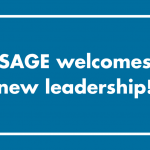 SAGE Welcomes New Leadership to Board of DirectorsPress Releases 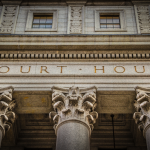