Lambda Legal represents SAGE and Other Plaintiffs as it Urges Court to Halt Implementation of Ban on Speech about Systemic Racism, Sexism, and Implicit Bias

“We are under no illusions as to the long-term damage the Trump administration can inflict on its way out the door.”

“The Trump administration has been characterized by its disdain of everyone it considers an other, and its efforts to squash the truth. Even as the sun sets on it, this administration seeks to suppress the truth about the harms of systemic racism and sexism, and implicit bias,” said Omar Gonzalez-Pagan, Senior Attorney at Lambda Legal. “We are under no illusions as to the long-term damage the Trump administration can inflict on its way out the door. Cutting federal funding now for organizations on the front line combatting COVID-19, HIV/AIDS, and the violence perpetrated on Black and Brown people by law enforcement – epidemics linked by their disproportionate impact on communities of color – would severely restrict their ability to protect people from harm and deliver critical services at a time when those services are needed more than ever.”

“SAGE’s expansive national training program seeks to protect LGBT elders of color, transgender elders, and older lesbians from discrimination by educating aging service and care providers about how to root out systemic racism and sexism” said SAGE CEO Michael Adams. “The Trump administration seeks to eliminate this essential anti-discrimination work with this profoundly misguided executive order. The administration’s attack is already having a serious chilling effect – it must be stopped now.”

“Disparities with respect to both Covid-19 and HIV/AIDS are also shocking,“ Gonzalez-Pagan added. “Black and Brown people are more likely to get sick, and more likely to die as a result of systemic racism and sexism, structural inequities, and the role of explicit and implicit bias on the part of health care providers. Our plaintiffs are committed to working with these populations, but to do so effectively they have to train people about the role of implicit bias in contributing to disparities, and explicitly acknowledge and confront systemic racism, sexism, and anti-LGBT bias.”

The Executive Order, issued September 22, 2020, and later Trump administration guidance labels the discussion of intersectionality, critical race theory, white privilege, systemic racism, or implicit or unconscious bias in diversity training as “race and sex scapegoating” and forbids agencies from “promot[ing]” these “divisive concepts.” The order describes such trainings as un-American, directs agency heads to audit internal training curricula and discontinue these trainings, to conduct a similar audit of federal contractors, and to suspend or deny funding to contractors and grantees whose trainings or grant-funded activities cover these topics.

Since its inception, SAGE has been dedicated to educating people, policymakers, organizations and aging providers about the issues that LGBT elders face. This Executive Order is a direct attack against our LGBT pioneers, LGBT people of color, people of color across the U.S., the LGBT community as a whole, and all communities that face discrimination.  That is why on November 2, SAGE joined as one of the plaintiffs in Lambda Legal’s lawsuit challenging the ban. In its brief filed today, Lambda Legal is seeking a preliminary injunction to prevent the Trump administration from implementing the order and cutting funding for federal contractors.

The consultancy plaintiff is B. Brown Consulting, a Michigan-based business with a federal contract to train correctional facility staff, governmental agencies, and nonprofits. The individual plaintiff is Dr. Ward Carpenter, co-director of Health Services at LA LGBT Center. In addition to SAGE, the organizational plaintiffs include: the Los Angeles LGBT Center; The Diversity Center in Santa Cruz, CA; AIDS Foundation of Chicago; CrescentCare in New Orleans, LA; and Bradbury-Sullivan LGBT Community Center in Allentown, PA.

The lawsuit is The Diversity Center v. Trump. Read the brief and more about the case here: https://www.lambdalegal.org/in-court/cases/the-diversity-center-v-trump

More about the clients is available here: https://www.lambdalegal.org/the-diversity-center-v-trump_plaintiffs

Lambda Legal is a national organization committed to achieving full recognition of the civil rights of lesbians, gay men, bisexuals, transgender people and everyone living with HIV through impact litigation, education and policy work. www.lambdalegal.org 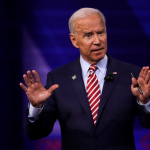 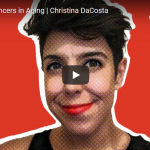