[New York, NY] SAGE, the world’s largest and oldest organization dedicated to improving the lives of LGBTQ+ elders, will spend the week taking action that urges Congress to pass the Equality Act. From September 13-17, LGBTQ+ elders and allies will use their voice to demand change, asking their senators to vote yes on the Equality Act in support of LGBTQ+ elders across the country. The Equality Act would update current federal nondiscrimination laws to explicitly protect people from discrimination based on sexual orientation or gender identity in key areas of life. This legislation is especially vital for older LGBTQ+ people, who rely on services such as home delivered meals, senior centers, and ride-share services to get to the doctor. Without these protections, elders in 28 states across the country can legally be denied these services for being LGBTQ+. By passing the Equality Act, Congress has the opportunity to ensure the more than 2.7 million LGBTQ+ people who are 50 years or older in the United States can age with health, dignity, and respect.

“After facing a lifetime of discrimination and spending decades at the forefront of the LGBTQ+ movement, our community’s elders are long overdue for comprehensive protection under federal law. This legislation is vital for ensuring that all older LGBTQ+ people can access the services and supports they need as they age, regardless of what state they live in,” said SAGE CEO Michael Adams. “Throughout SAGE’s LGBTQ+ Elder Week of Action, advocates across the country will speak out in support of this critical legislation, reminding Congress that they must act now. LGBTQ+ elders have waited long enough.”

“I urge those in power to be relentless in pursuit of comprehensive nondiscrimination legislation, and those of us in the LGBTQ+ community at large to take up the call to advocacy until all of us are assured that who we love will not have a negative impact on our rights as citizens of our local communities, our state, and our nation,” said Western Pennsylvania SAGE affiliate member Jeff Miller.

Together with the Freedom and Opportunity for All coalition, SAGE has been hard at work advocating for this vital legislation. The Equality Act will update our nation’s civil rights laws by including explicit protections for LGBTQ+ people and improving protections for women, people of color, and people of all faiths.

To participate with SAGE throughout the week, visit sageusa.org/weekofaction and show up for LGBTQ+ elders.

SAGE is the world’s largest and oldest organization dedicated to improving the lives of lesbian, gay, bisexual, and transgender (LGBTQ+) older people. Founded in 1978 and headquartered in New York City, SAGE is a national organization that offers supportive services and consumer resources to LGBTQ+ older people and their caregivers. SAGE also advocates for public policy changes that address the needs of LGBTQ+ elders, provides education and technical assistance for aging providers and LGBTQ+ community organizations through its National Resource Center on LGBTQ+ Aging, and cultural competency training through SAGECare. With staff located across the country, SAGE also coordinates SAGENet, a growing network of affiliates in the United States. Learn more at sageusa.org. 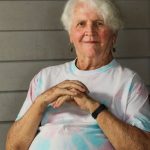 ‘I can’t relate to anyone:’ Living as a transgender senior in Tampa BayIn the News, LGBT Aging, Social Isolation 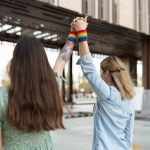