‘I can’t relate to anyone:’ Living as a transgender senior in Tampa Bay

In: In the News, LGBT Aging, Social Isolation

Hope Ryan knew she couldn’t cheat death. But at 14, she was pretty sure she’d found a way to evade puberty.

“The whole thing, socializing with girls, being a dude or not a dude, made me very uncomfortable,” she said. “I could never face that.”

She instead entered a monastery in upstate New York, where she stayed until 19, surrounded by the safety of prayer, scripture and silence.

“I sort of cheated out on adolescence,” Ryan said.

Now, at 80, she feels like she’s going through the process all over again.

“The thing is, I can’t relate to anyone,” Ryan said. “I’m like an astronaut.”

Ryan, a Pasco County resident, came out as transgender and non-binary two years ago. She began hormone replacement therapy soon after.

Among the small group of seniors who identify as transgender in the United States, her experience is relatively rare — just 18 percent of people report transitioning after turning 35, according to the most recent U.S. Transgender Survey.

Transitioning later in life can be a peerless experience. But for Ryan, it’s also been a reminder that it’s never too late to start living authentically.

“There’s so many people that look at retirement like it’s the end of the road, like it’s a retreat,” she said. “But life never retreats. You’ve got to keep living it — and keep evolving.”

Each morning, Ryan wakes up and reads daily issues of the Tampa Bay Times, New York Times and the New York Daily News — one of the few outlets that covers local news in her home borough, the Bronx.

She checks the obituaries first. Death, to Ryan, is one of the best places to find inspiration for life. If she reads about an author’s passing, maybe she’ll finally pick up one of their books.

She exits the house and walks five miles daily, sometimes with lipstick, sometimes without. It depends on how much she feels like gambling — Ryan knows her landlord is accepting of her identity, but isn’t sure what the neighbors think. She cooks all her own meals, and spends time watching videos online.

It’s a good life, but a solitary one.

A devout Catholic for decades, Ryan struggled with immense guilt over her dysphoria. She suffered from substance use disorder throughout much of her adulthood, leaving her estranged from much of her family, including two sons.

“I came to a point where I did not want to die being recognized as a man,” she said. “But it took me 45 years to get there.”

Coming out as transgender later in life has meant grappling with time lost. Ryan sometimes thinks about a partner who she was with for 10 years, and wonders what would have been different had she been able to express what she was feeling.

“If I could have opened my mouth, everything would have probably been right,” Ryan said. “Cause I wanted to be a girl, and I was miserable. Like a fool, I made her life miserable, too.”

An estimated 217,000 adults who are 65 or older are transgender nationwide, according to the Williams Institute at the University of California Los Angeles School of Law, which researches the LGBTQ community.

In a world that lacks good data on transgender people in general, finding comprehensive information about these seniors can be impossible, according to Tim Johnston, senior education advisor at SAGE USA, an organization that advocates for LGBTQ older adults.

But LGBTQ elders overall are less likely to have a family support network, such as a spouse or children, than their heterosexual peers. They’re also at heightened risk for discrimination due to increased reliance on the health care system as they age.

“We live in an ageist society,” Johnston said. “Older people tend to be marginalized regardless of their identity. We know that is exacerbated for LGBTQ elders, and partly because a lot of environments where LGBTQ people interact with each other are age-segmented. There are fewer built-in opportunities for multi-generational connection.”

Ryan is in a period of rebuilding her life. She isn’t lonely, but would welcome friends who accept her and understand what she’s going through.

“I don’t know where to find them, you know?” Ryan said.

She hopes that the Metro Inclusive Health center in Tampa, which provides LGBTQ-specific health services, will reopen its bimonthly events for transgender individuals once the delta surge dies down.

“They had a couple of professional drag queens who would put makeup on with you,” Ryan said. “It was good — there would be at least 15 to 20 transgender people there. And now it’s gone.”

Transgender elders like Ryan are probably less alone that they think, Johnston said.

“Anecdotally, at least, it’s pretty common for people to come out later in life — because they often wait until there’s kind of a now-or-never moment,” he said.

This article was originally published in Tampa Bay Times on September 13, 2021. 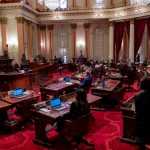 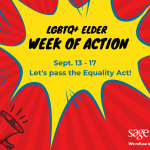