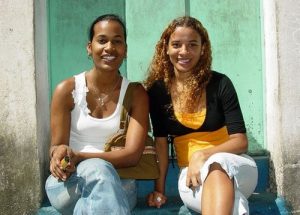 The importance in preventing HIV among women and girls is recognized each year on March 10 through the National Women and Girls HIV Awareness Day. It is important for the health and happiness of women and girls nationwide that they are empowered to make decisions that will protect them from HIV/AIDS, including abstinence, protection and testing.

Diverse women and girls and older women often do not know that they are vulnerable to infection with HIV. These populations especially need to be informed about HIV and the steps to take to protect oneself from infection.

Cristina, Nina for short, for example was an independent teenager with a mind of her own. She wanted to be free and so rebelled against her parents and did whatever she wanted. Only her grandmother could get her to listen, although Nina did not always take her Grandmother’s advice seriously. She thought her Grandmother was old-fashioned. Her Grandmother was worried about Nina, so she talked to her repeatedly about the importance of protecting herself against HIV and other sexually transmitted diseases (STDs). Nina dismissed her Grandmother’s advice because her Grandmother’s stress on abstinence as the best way to protect herself from HIV and other STD’s. One day, however, Nina was talking with her friend’s boyfriend when he confided in her that he was HIV positive and he did not know how to tell his girlfriend. Nina was frightened as she thought that this could be happening to her. Her Grandmother’s advice came flooding back. She told her friend’s boyfriend that he must tell his girlfriend and begin to use protection on the counsel of a doctor. She also realized that caring for oneself is more important than anything else. She was so impacted by this lesson that she decided to work with girls of her age to educate them on how to be free and independent while respecting themselves and protecting themselves from HIV.

If you are a woman or girl, love yourself and take action to protect yourself from HIV!

The opinions expressed in this article are those of the author and do not necessarily reflect those of the Diverse Elders Coalition. Photo courtesy of Adam Jones. https://www.flickr.com/photos/adam_jones