My Religion Stops Where Your Civil Rights Begin 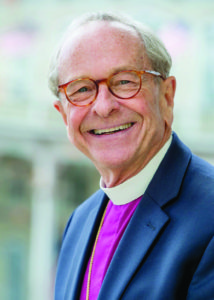 Contrary to what we are often told, religious freedom is not under attack in America, nor is it being undermined by government. I am free to believe whatever my religion teaches, to proclaim the tenets of my faith to any who will listen, and to practice my religion (pray, bless, marry and bury, and attempt to convert others to my way of understanding God/religion). The government even allows me to deduct my contributions to my church as a charitable exemption.

What is at issue is this: where does my religion end and your rights begin? Does my freedom to exercise my religion extend to denying you your rights under the Constitution? Religion must never be allowed to take precedence over the laws and rights as expressed in our Constitution.

Earlier this year, a Colorado court found that a baker who refused to provide a wedding cake for a gay couple’s wedding was in violation of Colorado’s anti-discrimination law. The case moved to the Supreme Court, where they ruled—on very narrow grounds—that the baker wasn’t handled with proper respect and overturned the original ruling. This sends a terrible message to conservative, anti-gay religious people that they have every right to discriminate—and use religion as a license to discriminate.

As I approach a time when I will need long-term medical attention and end-of-life care, I am alarmed that certain long-term care facilities may be allowed to deny me admission and services based on their religious condemnation of LGBTQ+ people. Recent research by SAGE, the Movement Advancement Project (MAP), and Columbia Law School’s Public Rights/Private Conscience Project shows that as many as 85 percent of continuing care facilities are affiliated with a religious institution. Fourteen percent of hospitals in this country are also connected with a religious entity.

In long-term care, same-sex partners or spouses may be denied the opportunity to share their housing, and a same-sex spouse may not be included in decision making in the ways a heterosexual spouse would. Happiness and security for LGBTQ+ elders may be tenuous and determined more by geography than by the law. More than half of states still have no protections for LGBTQ+ people! That’s why I supported SAGE when it launched Care Can’t Wait, a campaign that specifically targeted religious-based discrimination in long-term care facilities by asking care providers, people of faith, and all who believe in caring for our community members to take a pledge to stand with LGBTQ+ elders in the face of discrimination.

Religious leaders of all kinds should take offense at this weaponization of religion to harm an already-vulnerable population. Our constitutional guarantee of freedom of religion gives you the right to believe and worship as you will. But as a gay elder, my citizenship should protect me from your religion.

Find out more about the Ongoing Threat of Religious-Based LGBTQ+ Discrimination. This article originally appeared in SAGEMatters, Fall 2018. 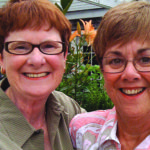 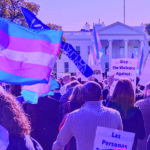