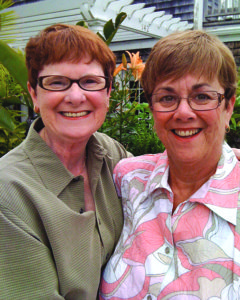 Their story is heartbreaking.

Missouri lesbian couple Mary Walsh and Beverly Nance were preparing for the next chapter of their lives and wanted nothing more than to stay in the community that they’ve called home their whole lives. What happened next was not what Mary and Bev were expecting.

After they put down a deposit—and put their home on the market—in anticipation of their move to Friendship Village Sunset Hills, a senior housing facility outside of St. Louis, the couple was turned away. The facility refused the couple because it followed the “Biblical definition” of marriage as “between a man and a woman.”

The National Center for Lesbian Rights is leading the litigation, along with private attorneys and the ACLU of Missouri, in what’s believed to be the first federal suit of its kind.

The couple made national headlines, but Mary and Bev are not alone. In more than half the country, LGBTQ+ Americans live in fear of being fired from a job, turned away from a business, or denied a place to live—all because of who they are. A majority—60 percent—of states do not explicitly prohibit discrimination against LGBTQ+ people. And there is no federal law protecting LGBTQ+ Americans from discrimination.

LGBTQ+ older people are particularly vulnerable to discrimination because religiously affiliated organizations provide a majority of the services they rely on for their most basic needs. In fact, 85 percent of nonprofit continuing care retirement communities are religiously affiliated, as highlighted in Dignity Denied: Religious Exemptions and LGBTQ+ Elder Services, a recent report by SAGE, the Movement Advancement Project (MAP), and Columbia Law School’s Public Rights/Private Conscience Project.

Mary and Bev are a real-life example of the consequences of the dangerous expansion of so-called religious exemptions. A coordinated, nationwide effort is being made to pass religious exemption laws and policies, and to file lawsuits that would allow individuals, businesses, and even government contractors to use religion as a license to discriminate against a range of communities, including LGBTQ+ people.

In response to the ongoing threat of religious-based LGBTQ+ discrimination, SAGE fought back, launching its Care Can’t Wait campaign in May. The campaign, which has reached thousands of supporters across the country, is mobilizing LGBTQ+ elders, allies, providers, and all who believe in caring for our community members to stand with LGBTQ+ elders in the face of religious-based discrimination. To date, more than 25,000 people have signed the Care Can’t Wait pledge. When news of Mary and Bev’s story broke, SAGE joined forces with the NCLR, and via an expansion of its Care Can’t Wait campaign asked supporters to pledge to stand with Mary and Bev—and all LGBTQ+ older adults—in the face of discrimination. The campaign on behalf of Mary and Bev netted nearly 3,000 petitioners and a growing awareness of the couple’s plight, including a major feature in the New York Times in August. 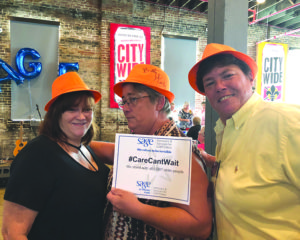 SAGE’s Missouri affiliate, SAGE of PROMO Fund, which recently celebrated its 10th anniversary, worked on the ground to rally petitioners, educate the community, and spur change on behalf of Mary and Bev. “During our anniversary celebration event, we brought together over 150 LGBTQ+ community members, allies, and aging professionals in support of LGBTQ+ elders aging with dignity and respect,” says Dan Stewart, the program coordinator of SAGE of PROMO Fund. “LGBTQ+ Missourians know that care can’t wait. The discrimination Mary and Bev went through unfortunately mirrors countless stories from others across the state.”

In fact, Stewart says that a month before Mary and Bev’s lawsuit against Friendship Village became public, another local lesbian couple contacted him, sharing a similar story of discrimination. “The couple had decided to downsize and looked into Friendship Village as a potential future home, but upon inquiring about housing, the staff informed them that they would not be able to move in as a same-sex couple,” says Stewart. “In response, they reached out to SAGE of PROMO Fund to use our LGBTQ+-affirming information and referral network to learn of supportive housing options.”

Hopefully Friendship Village will soon be in the minority. Hundreds of aging providers across the country are working with programs like SAGECare, which provides LGBTQ+ cultural competency training to housing service providers.

“It is absolutely crucial for the LGBTQ+ community to not only feel welcome within long-term care but to be welcomed,” says Ryan McHugh, executive director at Sunrise Senior Living in Missouri. “Typically, this population has already dealt with discrimination throughout their lives, overcoming many unnecessary obstacles to simply living a normal life. These individuals shouldn’t have to continue to fight for happiness when it is their right as a human being.”

In his line of work, McHugh says he has seen LGBTQ+ discrimination in long-term care settings “too often and at too many levels. It exposes the true cowardice of hiding behind the shroud of religion when it is really just the hypocritical ideology of these company leaders,” says McHugh. “Despite making major progress in recent years, the LGBTQ+ population will continue to struggle for their basic human rights. Thankfully, I am part of a very inclusive organization that celebrates individuality rather than alienates due to our differences.”

With Care Can’t Wait as a rallying cry, SAGE will continue to fight against any proposed legislation that allows a license to discriminate against LGBTQ+ people, especially LGBTQ+ elders.

Read what Rev. Gene Robinson thinks about where religion ends and civil rights begin. This article originally appeared in the Fall 2018 issue of SAGEMatters. 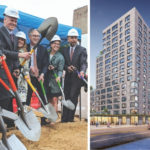 LGBTQ+ Elders Now Have a Place to Call HomeArticles 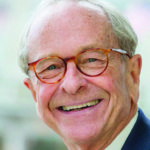