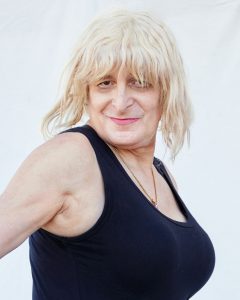 “I have to say, I’m surprised I made it this far. I’ve got like 15 suicide attempts to my name.”

Dominique Lebreton walks the streets of NYC today as a proud, beautiful, empowered, 60-year-old bisexual woman. But she spent much of her life, as she describes, “under deep cover.”

This is her story.

At four and a half years old, Dominique knew that she was a girl even though she presented otherwise. She grew up in a household where her father was completely intolerant of her “showing feminine traits” and would physically beat her if he did not approve of her choices.

On a particularly memorable occasion, Dominique visited her uncle’s house to go swimming when she was 5 years old. While changing in the pool house, she found some girl’s bathing suits and decided to put one of those on instead. When her father saw her emerge he was mortified. “He took me down to the basement,” Dominique recalls, “and beat the shit out of me. Ever since then, I’ve been under deep cover.”

At 12 years old, after a hellish summer spent at her uncle’s house being harassed by her older cousins, Dominique tried to cope with her circumstances by drinking a bottle of her father’s scotch. She woke up in the hospital and spent several more days in a psychiatric ward before being released to return to her father’s house.

In response to these early, childhood traumas, Dominique developed a mental condition called Dissociative Identity Disorder (DID), in which she developed multiple personalities to help her protect herself and cope with the hostile environment around her. Her 12-year-old self – who knew she was a girl and enjoyed “showing feminine traits” – was buried away and replaced with an alternate identity (also known as an alter) named Dom.

Dom is very different than Dominique – he identifies as male and took after their father in many ways. Dom was the primary alter in control for nearly 30 years, during which time he married a woman that he did not love and moved with her to Miami, Florida.

Dom and his wife enjoyed spending sunny afternoons at the nude beach in their neighborhood, but occasionally Dom would realize that other men there were flirting with him. These experiences were confusing on a deep level, and it was during this time that Dominique began to surface once more.

“I woke up in Miami,” Dominique recalls, “and I thought: what am I doing here?” After that, everything began to change. She divorced her now ex-wife and began to get more involved in the LGBTQ+ scene. After getting a job as a home aid in Fort Lauderdale, she started presenting as a woman more and more.

In these early days, the highs were incredible. On Halloween night in 2004, Dominique was out at a South Beach disco bar in an orange bikini, a sarong, and flirtatious heals –she was on top of the world. Her dance moves were on point, gay men passed by blowing kisses and winking, and when she felt a hand on her hip, she turned to find herself face to face with a very cute new dance partner. At that moment, everything felt right, and while there were still many questions to be answered, she couldn’t go on hiding this part of herself.

But actualizing this change was far from easy. While Dominique was navigating a divorce, finding a job, and figuring out where to live, Dom was struggling to understand that he had DID and that the other alters, including Dominique, were real.

In a terrifying moment, Dominique recalls that Dom climbed up onto the terrace railing and was planning to end it all. Dominique felt utterly powerless as she describes, “Dom just decided that he was going to take us all out.” Thankfully, Dominique’s lover Audrey intervened, pulling Dom down from the railing before it was too late.

Later that year, Dominique moved back to New York and into her father’s house. Appalled by her behavior, her family had her committed to a mental hospital. There, she met one of her greatest allies, a social worker who saw Dominique for who she was. “She called up my parents one day and yelled at them! She said, ‘You can’t keep someone in here for being trans.’”

Over the next decade, Dominique struggled to build the life she wanted: one where she was able to safely present as a woman. She lived with friends and partners, attended LGBTQ+ groups where she would change into new clothes and a wig in the bathroom beforehand to be able to attend as her authentic self, and spent hours learning to do her makeup so that she could blend in when she went out.

“Don’t get me wrong, I was scared shitless,” Dominique shares. “Every single step felt like an impossible task. I really did not think that I would ever make it to a point where I could be presenting as a female and just sit down at some place.”

And yet, she did. And she didn’t get there alone. In a twist of chance or fate, Dominique was riding up the escalator in the Broadway station when a young person complimented her eye shadow. The two instantly connected and eventually, Dominique asked if the young person was transgender – in fact, it was something they had just started exploring. After that, Dominique and Joanna were inseparable. 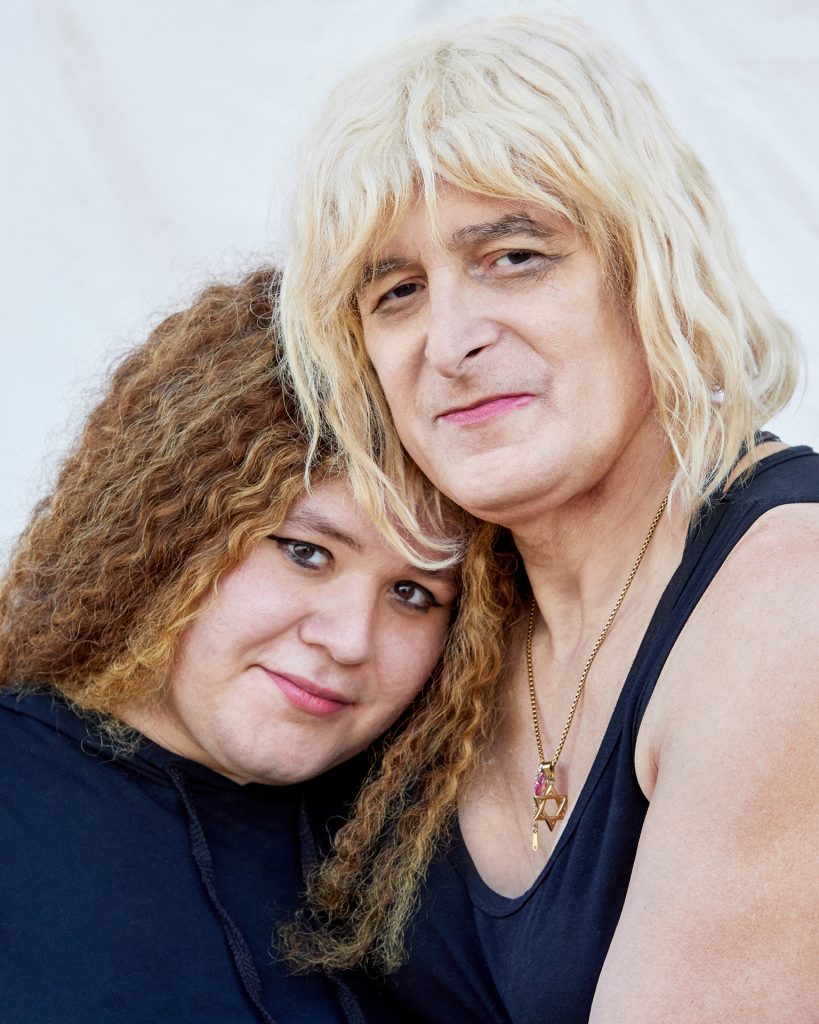 Dominique took Joanna to underground clubs and transgender support groups. She taught her how to do her makeup and bought her an ash-blonde wig. Wherever they went, she would introduce Joanna to people as her daughter. The first time that Dominique saw Joanna presenting as a woman she was blown away. Joanna walked up in her ash-blonde wig and said, “I love you, mom.”

The road has not been easy. It has required unimaginable strength, courage, and determination. When thinking back to the 5-year-old who wanted to wear a girl’s swimsuit or the 12-year-old who was tormented at every turn, Dominique says,

“I have to say, I’m surprised I made it this far. I’ve got like 15 suicide attempts to my name. So, to my fellow younger trans girls: it’s tough. But you can get there eventually.”

Special thank you to Sophie Kietzmann for the amazing photos of Dominique and Joanna. 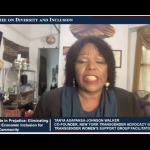 Tanya Testifies to the Committee on Financial ServicesAnnouncements 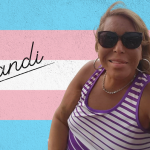