SAGE joins our partners at the Diverse Elders Coalition in encouraging lesbian, gay, bisexual, and transgender (LGBTQ+) older people to complete the 2020 Census. The Census is our once-in-a-decade opportunity for government, researchers, and advocates to gather national data on the U.S. population and allocate resources accordingly.

Why don’t we know how many LGBTQ+ people live in the United States?

Unfortunately, there is little to no information about LGBTQ+ identities collected by the U.S. Census Bureau. No previous U.S. Census has included questions about sexual orientation or gender identity, which makes it challenging to accurately track the size, demographics and needs of our communities. The more detailed American Community Survey, an ongoing survey that provides vital information yearly about our nation and its people, also leaves out sexual orientation or gender identity categories.

Research from Gallup indicates that about 4 percent of people identify as LGBTQ+ in the United States – or approximately 10 million Americans. But that number has increased dramatically in the previous few years, which means that there are likely more LGBTQ+ people than reported. From 2012 to 2016, the number of Americans who answered “YES” to that question jumped from 3.5 to 4.1 percent. That accounts for about 1.75 million more LGBTQ+ people in just four years.

More data – and more participation from LGBTQ+ people – is needed to understand the scope and diversity of our communities fully.

What will the 2020 Census ask about LGBTQ+ identities?

For the first time, the 2020 Census will add specific checkboxes for same-sex couples to identify themselves in the question about how each person in the household is related to the person who filled out the questionnaire. The new census form will include separate categories for “opposite-sex” and “same-sex” spouses and unmarried partners. While we still await questions about sexual orientation and gender identity to be added to the census, this is a crucial opportunity for LGBTQ+ households to be counted in 2020 that brings us one step closer to understanding and identifying our community members across the country.

Civil rights enforcement as a motivation for completing the census

The Census Barriers, Attitudes and Motivations Survey conducted in 2018 did allow for participants to indicate whether they identified as LGBTQ+, and some interesting research has resulted. Those who identified as LGBTQ+ were most likely to choose to enforce civil rights law when given a variety of motivations for completing the census, which is three percentage points more than those who do not identify as LGBTQ+. LGBTQ+ older people have fought for their entire lives to have their rights recognized and respected. An accurate census count of LGBTQ+ households helps reinforce the idea that LGBTQ+ people are a part of every community and are deserving of civil rights, regardless of whom we love or how we identify. SAGE and the Diverse Elders Coalition are committed to ensuring that LGBTQ+ communities are counted.

SAGE’s experience with harder-to-reach LGBTQ+ elders has revealed that older LGBTQ+ people often hold onto misconceptions and mistrust – often a result of the decades of discrimination this population has faced – leading to challenges in engaging this demographic. This mistrust is so ingrained that often LGBTQ+ elders will not respond to a knock at their door or open their mail because they, or someone they know, has been the victim of bullying or a scam. If they do open their mail, many will not provide personal information for fear of compromising their privacy.

As a result, when an unknown entity about the Census contacts LGBTQ+ elders, they may decline to engage. When they receive an official envelope from the U.S. Census, they may not even open it. SAGE has learned that in order to educate and engage LGBTQ+ elders successfully, the information must come from a trusted source, like SAGE. Resources encouraging participation in the Census must also reflect LGBTQ+ identities so that this community feels welcomed and invited to respond. These flyers and brochures developed by the U.S. Census Bureau are a great place to start.

Census takers will visit homes in April to conduct quality check interviews, and then in mid-May to help collect responses. If someone visits your home to collect information for the 2020 Census, check to make sure that they have a valid ID badge, with their photograph, a U.S. Department of Commerce watermark, and an expiration date. Census workers may also carry Census Bureau bags and other equipment with the Census Bureau logo.

There are some things no census agent will ask — for example, for your Social Security, credit card or bank account number. They won’t ask for money. They won’t threaten jail time if you don’t answer their questions. Any of these is a sure sign that a supposed census taker is phishing for ways to steal your identity, money or possessions. Check out this AARP article for more tips, and if you still have questions about a census taker’s identity, you can contact your Regional Census Center to speak with a Census Bureau representative.

Remember: The U.S. Census Bureau is bound by law to protect your answers and keep them strictly confidential. In fact, every employee takes an oath to protect your personal information for life.

SAGE looks forward to continued participation with the U.S. Census Bureau and other partners like the Diverse Elders Coalition to ensure that LGBTQ+ older people are counted in the 2020 Census. We’re counting on it! 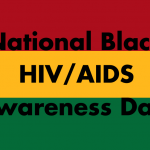 The Voices of the SilencedArticles 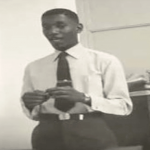