Honoring our Black and LGBT Veterans

On February. 27, SAGEVets and Black Veterans for Social Justice, Inc. (BVSJ) honored Black History Month with a forum that focused on the history of African-American people serving in the U.S. military.  You can watch it here!

The forum was led by Wendy McClinton, appointed member of the NYC Mayor’s Veterans Advisory Board, CEO of BVSJ, serves on the Board of Directors of the National Coalitions for Homeless Veterans, and graduate of the United States Army Logistical Management College and Stanford University Graduate School of Business; Herbert S. Jackson Sweat, Jr. enlisted in the U.S. Army and was deployed to Vietnam in August 1967 at the height of the conflict.  Mr. Sweat is the founding member of Veterans of the Vietnam War (VVW), Inc.’s, Henry J. Green Post number one, currently serving as Post Commander. He also serves as the Brooklyn Chapter Commander for the National Association for Black Veterans, Inc. (NABVETS), and the facilitator of the Veterans Action Group (VAG);  and SAGE’s very own Ty Martin.  Ty is the Community Liaison for SAGE Harlem, is a member of the Schomburg Corporation Board & Trustee, CB 10 Senior Task Force Community, and Board member of Harlem Advocates for seniors, Inc.  In addition, Ty has been featured in two documentary films, You Are Not Alone (2012), a documentary by Stanley Bennett Clay that explores many of the underlying social factors that contribute to the high rates of depression among Black gay men. And Before You Know It (2013), a documentary directed by PJ Raval that follows the lives of three gay seniors who have surmounted prejudice and defied expectation to form communities of strength, renewal, and camaraderie. The forum was moderated by SAGEVets Program Manager, Ashton Stewart.

I would be remiss to not provide you with the video of George Stewart (apologies for the audio difficulty we experienced last night). George Stewart is a hero and a friend to me.  In this video, George touches on his experience in the U.S. military as a Black, bisexual, and cisgender male before talking about his strong bonds with SAGE.  Below is a more comprehensive look into George’s military days.

A huge thank you to Black Veterans of Social Justice for partnering with SAGE for what was a powerful program celebrating Black History Month.  Thank you to all who attended, those who helped with the production, and our amazing panelists.

George Stewart, is an 86-year-old cisgender African American bisexual male veteran who began his service in 1950 when the Air Force was still struggling to integrate its ranks. Desegregation of the Armed Forces occurred in 1948 with the issuance of Executive Order 9981, but certain segments of the military resisted implementing the measure. During basic training, George served in an all-person of color platoon. Describing how racial tensions served as their inspiration to be better soldiers, George shares, “we didn’t have that hate and always strived to be better than good.” George said he and his platoon set a higher bar for themselves, working harder than necessary to become disciplined, top-performing soldiers, noting, “we would shine the top and the bottom of our shoes.” George evokes, “and we learned how to assemble our weapons blindfolded.” Interestingly, despite the military’s fervent anti-homosexual policies, George described his drill instructor during basic training, who the troops referred to as “mama,” as extremely flamboyant. Before drills, the instructor would tell the platoon, “Okay girls, make mama look good this morning!” “We used to have a joke,” George laughed, “Don’t make mama mad!” George then served for three years in Germany in one of the first fully integrated units, and later in Japan. When asked how he feels about the DADT policy that ended in 2011, George replied, “gays have been in the military all the time,” adding, “You can dislike a person’s lifestyle, but don’t hate me for it.”

This piece was authored by Ashton Stewart, SAGEVets Manager. 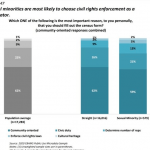 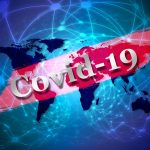