A New LGBTQ Victory Is a Victory for All of Us: The Social Security Administration Does the Right Thing

In: Articles
Tags: LGBT Aging
A New LGBTQ Victory Is a Victory for All of Us: The Social Security Administration Does the Right Thing2016-04-192018-05-31https://www.sageusa.org/wp-content/uploads/2020/04/sage-footer-normal.pngSAGEhttps://www.sageusa.org/wp-content/uploads/2020/04/sage-footer-normal.png200px200px

The following excerpt is from an article that originally appeared on The Huffington Post blog on April 16, 2016. Read the original post here.

Does the government work for us or against us? As the result of a decision by the Social Security Administration (“SSA”), the government is working better for all of us today. For convincing SSA to do the right thing, we should thank Senator Elizabeth Warren (D-MA), Representative Mark Takano (D-CA), and 119 of their colleagues. We are also indebted, for this victory, to two effective, dedicated nonprofits, Justice in Aging and the GLBTQ Advocates & Defenders (GLAD), as well as Foley Hoag, LLP, the law firm that assisted them.

SSA is responsible for two crucially important programs. It administers Social Security, which provides a floor of economic protection in the form of insurance to working families whose wages are lost as the result of death, disability or old age. It also administers a companion program, Supplemental Security Income (“SSI”), which provides means-tested benefits to extremely low-income seniors and people with disabilities.

These programs exemplify the good that can be done when all of us work together through our government to improve all of our lives. But, despite its positive mission, SSA has been engaging in a destructive practice that represents government not working for us, but against us. SSA has been sending, to hundreds of thousands of Social Security beneficiaries and SSI recipients, bills for what it concludes are overpayments.

These are not cases of fraud (which are vanishingly rare) but, frequently, cases where it was the government itself that made the error. The beneficiaries and recipients did nothing wrong. They reported all information correctly, but the government did not act on the information in a timely way or created the error in some other way. To add insult to injury, our government outrageously calls those receiving these notices “debtors,” though they have done nothing wrong, and, indeed, may be scrupulous about paying their bills on time.

The federal government has enormous power. When it chooses to go after someone, it is generally an intimidating experience even when the person in its crosshairs is an innocent, law abiding citizen. If this powerful entity is seeking large sums of money that you don’t have, it can be a disruptive and upsetting experience. Moreover, in the case of Social Security and SSI overpayments, the government is going after people who are generally our most vulnerable fellow Americans. Over the last year, this intimidating power got turned on the most vulnerable members of the LGBTQ community, as a result of the 2013 landmark Supreme Court decision, US v. Windsor. 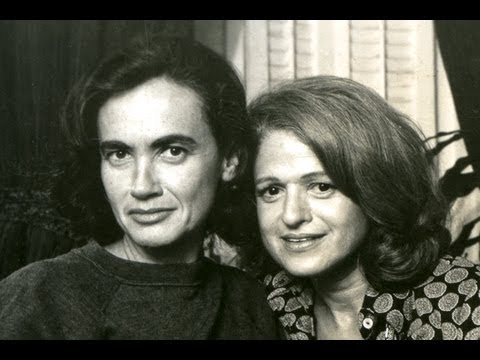 The Windsor case struck down the offensively-named Defense of Marriage Act. As a result of the Supreme Court decision, same-sex couples who were legally married under state law finally had their marriages recognized by the federal government. For couples in which one or both partners received SSI, this important victory was followed by a distressing letter from the government. Under SSI’s stringent and complicated rules, married recipients receive lower benefits than those who are unmarried. Consequently, a year after that landmark case, SSA began reviewing its SSI rolls to determine whether the benefits it was paying some of its recipients, now that same-sex marriages were recognized as marriages, were now inaccurate in amount.

When SSA found that benefits were now too high, it did not just change the benefit level going forward. It sought repayment of the difference between the two amounts for every benefit paid all the way back to July 1, 2013, the month following the Windsor decision. Here was the government coming after people for large sums of money that they didn’t have.