Health Equity and LGBTQ+ Elders of Color: Recommendations for Policy and Practice 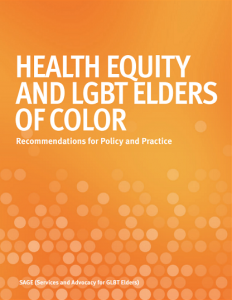 Over the next several decades, our country will grow increasingly older and
more diverse. Consider the following figures: