We can’t leave LGBTQ+ elders behind

This article was originally published in The Hill on December 2, 2020. 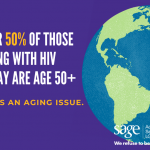 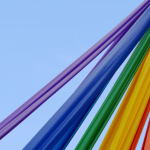