Narrow Ruling in Fulton vs. City of Philadelphia Does Not Create a New License to Discriminate

[New York, NY] Today, in the case of Fulton v. City of Philadelphia, the Supreme Court ruled 9-0 that the city of Philadelphia violated Catholic Social Services’ (CSS) Constitutional rights because the City’s contract had a mechanism for allowing individualized exceptions to its non-discrimination policy that it did not grant to CSS. The court did not recognize a general constitutional right to discriminate based on religious beliefs. This ruling does not create a broad new license to discriminate or create a right for taxpayer-funded agencies, such as foster care or elder care providers, to discriminate. Governments may continue to enforce non-discrimination requirements so long as they do so consistently and uniformly. The case questioned whether CSS, a private foster care agency that receives public funds, could use its religious beliefs to justify not serving LGBT people.

“While today’s decision is narrow and doesn’t create a blanket license to discriminate, it is an important reminder of the countless ways that LGBT people still face discrimination across our country,” said SAGE CEO Michael Adams. “That’s why SAGE continues to push for the passage of the Equality Act. Right now, LGBT elders do not have explicit federal protections that protect them from experiencing discrimination when accessing aging supports like health care, meal services, senior centers, and long-term care. No one should be turned away from a taxpayer-funded program because of who they are or who they love.”

The Equality Act would update existing civil rights laws to ensure explicit protections from discrimination based on sexual orientation and gender identity. In addition to ensuring explicit protections for LGBT people, the Equality Act would update our federal civil rights laws to provide protection for all women, people of color, and LGBT people in areas such as transportation services, retail stores, and taxpayer-funded programs.

SAGE is the world’s largest and oldest organization dedicated to improving the lives of lesbian, gay, bisexual, and transgender (LGBT) older people. Founded in 1978 and headquartered in New York City, SAGE is a national organization that offers supportive services and consumer resources to LGBT older people and their caregivers. SAGE also advocates for public policy changes that address the needs of LGBT elders, provides education and technical assistance for aging providers and LGBT community organizations through its National Resource Center on LGBT Aging, and cultural competency training through SAGECare. With staff located across the country, SAGE also coordinates SAGENet, a growing network of affiliates in the United States. Learn more at sageusa.org. 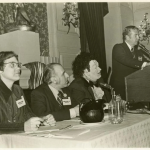 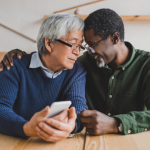