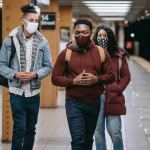 QPOC Twice As Likely To Get COVID-19, Says New StudyDiscrimination, Health Care, In the News 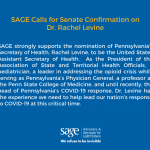