The 36th Annual Toys Party raised more than a quarter-million dollars to benefit SAGE and donated thousands of toys to children in need.

“Returning to the Toys Party was especially memorable this year,” said SAGE CEO Michael Adams. “As we gathered to celebrate the holidays, support our community’s elders, and bring some joy to children in need, we also honored the brilliant legacy of the event’s creator, Robby Browne, who we lost last year.” Continued Adams, “it’s a testament to Robby’s impact on the LGBTQ+ community that this event, centered around giving back to those in need during such a busy time of year, is the legacy he has left behind. We are grateful for the gift of ongoing support he has given to SAGE and many other organizations over the years.”

This year’s event raised more than a quarter-million dollars for SAGE and collected thousands of toys donated to numerous LGBTQ-friendly children’s charities. For 36 years, the Toys Party has collected hundreds of thousands of toys for children and raised millions for SAGE.

“It was so great to see the Toys Party resume after a two-year break,” said event co-host Chris Kann. “This year’s event was better than ever, and Robby’s legacy will continue to live on at this magical night each December.”

For more photos from the event, visit sageusa.org/ToysPhotos.

SAGE is the world’s largest and oldest organization dedicated to improving the lives of lesbian, gay, bisexual, transgender, and queer/questioning (LGBTQ+) older people. Founded in 1978 and headquartered in New York City, SAGE is a national organization that offers supportive services and consumer resources to LGBTQ+ older people and their caregivers. SAGE also advocates for public policy changes that address the needs of LGBTQ+ elders, provides education and technical assistance for aging providers and LGBTQ+ community organizations through its National Resource Center on LGBTQ+ Aging, and cultural competency training through SAGECare. With staff located across the country, SAGE also coordinates SAGENet, a growing network of affiliates in the United States. Learn more at sageusa.org. 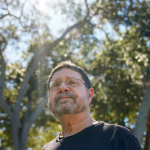