In: Discrimination, Health Care, Housing, In the News, LGBT Aging

A new report says LGBTQIA+ New Yorkers older than 50 are facing steeper barriers to health care and economic security, than that of their non-LGBTQIA+ counterparts.

“It’s the recognition that there are people outside the five boroughs [of New York City]. Sometimes resources tend to gravitate towards the larger demographic, that population base,” said Ken Pinkela, a gay veteran and Otisville resident.

What You Need To Know

He said the report rings true for him and his network. Resources including affirming medical care aren’t as widely accessible in the Hudson Valley as they are in the city.

“I have an HIV support group. I have to go to Milford, Pa., for it. This is very very personal to me and to my friends that live here in the middle of nowhere,” he said.

“In Otisville, New York, the closest health care facility is either into Middletown or the other side of Port Jervis; you’re talking about a 15, 19, 20 mile loop,” he said. “[For] someone who is on limited income, maybe older and can’t drive that far, it is that access-to-care conversation that needs to happen first.”

The report, put together by AARP and SAGE, calls for the state to establish a few strategies to improve their quality of life, including a comprehensive long-term care bill of rights and cultural competency training for state-funded providers.

“The state needs to reach out and bring us together. If you don’t know about it, you can’t fix it,” Pinkela said.

State Senator Rachel May, the chair of the State Committee on Aging, said she plans on advocating for bills supporting the priorities put forward in the report.

“Some of them aren’t necessarily budget-related if we have cultural competence, if we’re making sure that the Offices for the Aging and congregate care facilities and medical caregivers understand that there are special issues related to LGBTQ seniors and the challenges that they face,” she said.

The State Office for the Aging, she said, would be open to the feedback provided by SAGE and AARP.

“Of all the government agencies that I know of, I think they do the best job in terms of really going out there and being as flexible as they can be and making sure that their local agencies have the tools they need in order to serve older New Yorkers,” she said.

Along with strengthening affordable healthcare, Sen. May said the state will have to raise additional revenue.

“[It’s] so that we don’t always have to be saying ‘Oh, we can’t afford that.’ I think in New York, we should be able to,” she said. “So the push to raise revenue from the very wealthy is a really important one.”

Pinkela says he’s grateful that more attention is being paid to these issues.

“It’s the recognition, and hopefully with that, that data is gonna start pushing and maybe pulling some of the extra resources up north here,” he said. “That’d be great.”

This article was originally published in Spectrum News on February 4, 2021. 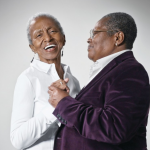 LGBTQ seniors share their stories in ‘Not Another Second’Discrimination, In the News, LGBT Aging 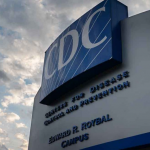