Last week, New Jersey Gov. Phil Murphy signed the “LGBTQ+I+ Senior Bill of Rights,” a law providing much-needed protections for LGBTQ+ elders. The law bans discrimination based on sexual orientation or gender identity in long-term care facilities, as well as outlining nine other actions that would qualify as discriminatory by healthcare facility staff. These include assigning or reassigning someone’s room based on their identity, refusing to use someone’s chosen name or pronouns, and preventing them from using the restroom of their choice.

“A long-term care facility is a health care setting, but it’s also someone’s home,” New Jersey Human Services Acting Commissioner Sarah Adelman said in a press release. “Every person deserves to feel safe, respected, and comfortable where they receive their medical care, and especially in the place they call home.”

Earlier this year, Senate Bill 2545 passed unanimously through the New Jersey Senate by a 33-0 margin and received just one “No” vote in the 70-person Assembly. In signing the bill into law last Wednesday, Murphy said that SB 2545 “underscores” his administration’s “commitment to our LGBTQ+I+ older adults and people living with HIV in long-term care facilities by providing critical protections from discrimination.”

But LGBTQ+ older adults face a host of unique challenges. A lifetime in which they experienced severe discrimination, a total lack of legal and social recognition, and a dearth of inclusive healthcare services all contribute to poorer health outcomes for LGBTQ+ seniors, according to a 2017 report by the Movement Advancement Project, an LGBTQ+ think tank, and SAGE, an advocacy organization for LGBTQ+ elders.

An increased reliance on social support networks and chosen family also means that higher numbers of LGBTQ+ older adults may need access to nursing homes because they lack families of origin to care for them, despite their own fears about the care they may receive in long-term facilities. A 2018 study by the AARP found that 70% are concerned they will need to hide their sexual orientation or gender identity or in senior housing facilities for fear of discrimination.

A majority of respondents also expressed concerns about neglect, abuse, being refused access to services, or harassment in centers for older adults. Gender-expansive individuals were the most concerned about discrimination.

Those anxieties are well-founded. In 2019, the Human Rights Campaign and SAGE put together the first assessment of care facilities serving LGBTQ+ elders and found that only 22% of respondents felt they could be open with staff at their long-term care facilities about their identities.

New Jersey Assemblywoman Valerie Vainieri Huttle (D-Bergen), a supporter of SB 2545, said these findings are unacceptable and said state lawmakers would continue to do what is necessary to address them.

“Many older adults in the LGBTQ+I+ community have experienced decades of stigma and discrimination. They should not, under any circumstances, feel marginalized in the long-term care center where they deserve to feel at home,” Vainieri Huttle said in a press release. “We’ve worked tirelessly in New Jersey to protect the rights of LGBTQ+I+ people, but there’s more we can do to combat discrimination in long-term care facilities and ensure all LGBTQ+I+ residents may grow older with dignity.”

New Jersey’s legislation is another sign that attention is finally being paid to the large community of aging LGBTQ+ people in the United States. California has a similar law in place, while New York’s has yet to pass a legislature that only recently flipped back to Democratic control of both houses. Washington, D.C., meanwhile, has its own antidiscrimination protections for queer and trans seniors.

This article was originally published in Them. on March 11, 2021. 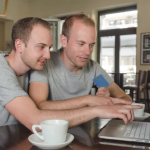 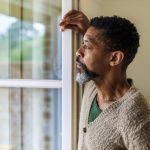