Never Too Late: The Joys (and Unique Challenges) of Coming Out as an Older Adult

In: Health Care, In the News, LGBT Aging, Wellness

And why it’s never too late to explore your own sexuality.

In the mid-80s, Loren Olson was living out the idyllic vision of suburban peace. He had been married for 18 years, had two wonderful children, and was a successful psychiatrist practicing in Des Moines, Iowa.

“I had everything I thought I wanted,” Olson says. But he couldn’t shake a deep sense of loneliness. “I knew there was something wrong, but I couldn’t figure out what it was.”

Olson, who’s now 79, says that at the time he had never seriously considered the possibility that he could be attracted to men. He was raised in rural Nebraska and throughout his adolescence didn’t know anyone who was openly gay. But as he began to feel more isolated, he eventually strayed from his marriage and began an affair with a man. And all at once, he says, it was like he finally understood romantic love.

“I experienced an intensity of feelings that I had never before had at any time in my life. It felt like the thing everybody had talked about, what I should have had, and expected to have, with my wife,” he tells us.

Olson, who wrote about his experience in his memoir Finally Out, had finally come to see himself as a gay man at 43.

Coming out, or simply exploring your sexuality in new ways, later in life is no small feat. It can involve completely reorienting your sense of identity, relearning how to date and enjoy physical intimacy in new ways, and possibly confronting discrimination. Joanne Fleisher, a Philadelphia-based therapist who had spent decades counseling gay women who were looking to leave their marriages after coming out herself, says the process for her was the most turbulent period of her life.

“There’s a lot of emotional turmoil and you can feel very uncentered and unmoored in many respects, and for a period it can feel like you’ll never regain that. But I think once a clear decision is made about what they want to do, they begin to feel themselves coming back together again,” and are able to have more fulfilling relationships, Fleisher says.

For Baby Boomers, embracing a new sexual orientation can be especially difficult. That generation came of age during a time when we, as a society, were not nearly as accepting of the LGBTQ community, and they lived through the brutal prejudice that marked the AIDS epidemic, says Eric Marlowe Garrison, a sex counselor who works with queer seniors. “This was decades before there was a same-sex kiss in a kids’ movie,” he says, referring to the scene in Lightyear, the new Toy Story spinoff.

As a result, internalized homophobia was, and to a lesser extent still is, fairly common. Fleisher says the reason so many of her clients didn’t come out earlier was “because they couldn’t deal with facing it in themselves.” That strain has been shown to lead to depression and anxiety in queer adults.

Part of Fleisher’s own struggle with embracing her sexuality was that for a long time she felt she was operating in what was essentially a “straight world.” There were few, if any, positive representations of gay relationships in popular media and she knew very few out lesbians, giving her little reason to question that she could be anything other than heterosexual. “I just lived my life according to what I thought was expected of me. I dated boys in high school and didn’t even think that women were an option,” says Fleisher, who was married to a man for 12 years before coming out.

Many, particularly those who come from religious backgrounds, still fear discrimination, says Marie Spivey, who volunteers with SAGE, a nonprofit in New York City that supports LGBTQ seniors. “A lot of people will still feel that they’re sinning,” she says. “They still have not been able to separate what they desire and what they need romantically from their upbringing.”

Plenty of people also just come to discover new aspects of their identity or sexuality at different points of life. “Often I think people believe that we reach our sexual identity as an adolescent, but that’s just not always the case,” Fleisher says.

Middle age can also be an especially fruitful period of self-discovery, Olson says. “I think a lot of people, when they reach that point in their life, begin to ask themselves, ‘Do I want to live the rest of my life the way I’ve lived the first part of my life?’ We begin to sort through our values and think about if we need to make some big changes,” he says.

When Olson divorced his wife and began dating, it felt a little like being thrown into the deep end, he says. “I had this fear that I didn’t know the rules, and I didn’t know how to approach anyone,” Olson says.

Like any new experience, Garrison says there’s going to be a learning curve and feeling intimidated by that is completely natural. It might mean having to learn a new vocabulary and grasping to navigate a dating scene that feels completely foreign. “There may be little codes, clues, cultural references that they’ve just missed out on because that person was in another realm before,” Garrison says.

They might also need to get up to speed on new dimensions and dynamics of physical intimacy, Spivey says. She runs group sessions with LGBTQ+ seniors, where she often has to teach the fundamentals of safe sex and consent, as well as what’s considered appropriate in certain situations. “Mostly what we do is share our experiences, listen to each other, and try to learn from each other,” she says.

Garrison has found that after many of his clients confront their fear around experimentation and work through it, they feel exhilarated to enter a new chapter of their lives. “It’s like the first time someone parachutes out of a plane. There’s the fear piece, obviously, but the free-fall can be invigorating and liberating,” he tells KCM.

If you’re questioning your sexualtiy or feel an urge to experiment, Fleisher recommends really taking your time coming to that decision. You want to be fully comfortable with how a life change like coming out impacts you and those you care about, and you should give yourself ample space for self reflection, she says.

When you feel ready to get out there, Garrison suggests finding an affinity group that also caters to people of your sexual orientation. “If you like camping, find a lesbian camping group, if you’re a gay Republican, join the Log Cabin Republicans. This way you’ll find people who are attracted to the same sex, but more importantly have at least one hobby in common with you,” Garrison says.

Above all, don’t lead with fear. Feeling apprehensive about sexual exploration is completely understandable given how long our culture has demonized the LGBTQ community, but it should not guide you through life, Garrison says.

“Instead of thinking, ‘I’m afraid of being rejected,’ change your perspective. Think about how great it would be to find people who are going to celebrate this as much as I do,” he says.

This article originally appeared in Katie Couric Media on June 24, 2022. 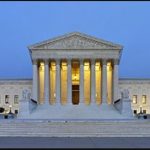 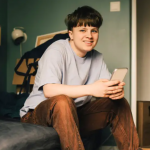