In: In the News, LGBT Aging
Wendy Cole says she was tired of living her life as a “pretend male.” The 73-year-old Pennsylvania woman was 10 when she realized the body in which she was born didn’t match her true identity.

Deciding to transition at 67 wasn’t easy for Cole, who is a retired data programmer and database developer. In 1970, she was called “a freak” in front of approximately 25 psychiatrists at a conference where individual patient cases were being discussed. They were using Cole’s case to discuss her “incurable psychological disorder.”

Not only was Cole dealing with anger, anxiety and depression, she quickly learned that support from the medical field was lacking as well.

“I don’t want to die a man,” Goldenberg says.

That conference acted as a major setback in her journey to becoming “Wendy.”

Cole remembers being envious of women she would see all dressed up in skirts and heels.

“I hated myself,” she recalls. She tried cross-dressing, but abandoned the experiment. “It hurt too much to take everything off,” Cole says.

These Exhibit Portraits Honor the Visibility of Transgender Adults | Living

She made attempts to become “Wendy” throughout her life, but often faced uncertainty of the possibilities and social backlash.

Gender incongruence is not a mental disorder and having been categorized as so in the past created stigma over the transgender community, according to Dr. Lale Say, unit head at the World Health Organization, in the organization’s YouTube video.

Cole didn’t give up.

Finding Support When Transitioning as an Older Adult

According to a study published in The Gerontologist on LGBT older adults, transgender older adults “were more likely to experience poor general health, disability, and mental distress, which were associated with elevated rates of victimization, discrimination, and lack of access to responsive care.”

For some who’ve been considering a gender transition their whole life, like 74-year-old Florida resident Deanne Goldenberg, that lack of support in the medical community was among the few contributors holding her back from transitioning sooner. Living up to the expectations of others was a concern as well.

Goldenberg, a retired truck owner/operator, finally decided to undergo gender confirmation surgery later this year and is looking forward to feeling “a sense of completion.”

“I don’t want to die a man,” Goldenberg says. Thoughts of death have been on her mind as she’s been approaching older age; she says her ultimate goal in life is to be happy.

Pursuing happiness meant transitioning, and that was the reason she decided now was the time to do so.

Goldenberg came out to her extended family through a group email. Though not showered with support, she was shown a sense of acceptance from everyone to whom she sent her email.

Very few relationships built earlier in her life have survived, but those who have and others who’ve since entered have acted as positive influences in her life.

Similar to how Goldenberg was feeling before making the decision to transition, Cole admits she often felt despair, living a life she felt was a façade. She was told she would “always look like a man in a dress.” She realized she needed to control negative thoughts, fears and doubts.

When Cole went to court to legally change her name, she says men treated her as though she was contagious. Instead of dwelling on negative comments or reactions like these, Cole accepted the falsities and focused on what she knew she had to do.

Today, Cole feels confident and loves living her life as not only in her appropriate gender, but also as the social and outgoing woman she’s become.

She was married for nearly 40 years and had two kids with her wife who stayed in their relationship until she began hormone replacement therapy. She understands why the divorce happened and why many relationships don’t survive after such drastic changes.

“We are just friends now, with history,” says Cole.

Today, Goldenberg looks at herself in the mirror and sees the person she’s always wanted to be. For her, gender transitioning later in life is completely worth it.

With the help of a therapist who encouraged her to attend their sessions however she wished, Cole became encouraged to visit new places as “Wendy” and to feel more comfortable and confident in her new identity.

Cole describes her experience walking around in public and going grocery shopping as herself for the first time as magical. “I never looked back,” she says.

While some people no longer speak to Cole because she transitioned, she has come to terms with their decision. Others have come out in full support, though, and she has more friends today than ever.

She recalls receiving a Christmas card from her then-nine-year-old grandson and being pleasantly surprised to read the heartwarming message, “You’ve given me the courage to always be myself.” Cole’s daughter, grandkids and their friends address her as Wendy.

Cole has begun to notice that some things around her are changing. When she visited the Department of Motor Vehicles to get her license changed to match her true gender and new name, the staff circled around and congratulated Cole on her transition.

Today, Cole feels confident and loves living her life as not only in her appropriate gender, but also as the social and outgoing woman she’s become.

She is even looking forward to buying her first bikini for the upcoming summer.

Finding Support and Mentorship in the Transgender Community

In 2018, Cole was included in a HuffPost article and was shocked and overwhelmed by the kindness portrayed by her coworkers who read it. Likewise, her coworkers were shocked to find out all she had gone through, as they weren’t aware of Cole’s defected birth assignment.

It was at that point Cole decided she wanted to help others considering a gender transition. Cole has since become a mentor and advocate for the transgender community.

Her website is filled with resources and videos with tips. She holds free Zoom sessions for those who need someone to talk to regarding their gender identity or someone to relate to while considering making such changes.

During COVID-19 lockdown, Cole developed an “intense transformation” 13-week coaching program for those who are ready to transition, called “Unstoppable Authentic You!”

Aaron Tax, director of advocacy for SAGE, acknowledges the importance for transgender older adults to find support in their community and encourages people to discover their local SAGE affiliate, if their state has one. Tax says people can also reach out to their local Equality Federation member for further resources if their state does not have a local SAGE affiliate.

Allies can be just as important to those who wish to transition. Tax reminds allies to reach out to their elected officials to help support The Equality Act (legislation to ban discrimination based on sex, sexual orientation and gender identity in housing, employment and other areas) and by calling Senators and Representatives asking them to support the act or thanking them for already doing so.

Those who’ve undergone a gender transition later in life should be celebrated, Tax says, as they act as a portrayal of authenticity to younger generations, showcasing that it is never too late to find yourself.

While Cole and Goldenberg are at different stages of their transition, both women say seeing themselves for who they are was worth it.

“No matter how old you are, it’s so worthwhile,” Cole says.

This article was originally published in Next Avenue on June 4, 2021. 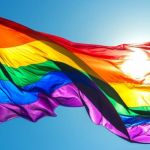 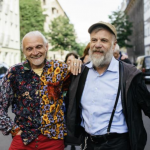