At 75, I’m retired from a lifelong career in architecture, and I feel the need to speak out. Our nation recently joined people around the world to honor International Day of Older Persons. For an LGBTQ+ older adult like me, this year’s celebration carries a significant weight.

For the first time in our nation’s history, LGBTQ+ equality has a real chance of becoming law. There is broad bipartisan support across the nation for a federal law to protect LGBTQ+ Americans from discrimination in employment, housing, public accommodations and many other areas of daily life.

For older LGBTQ+ Americans who helped to build this country, this would be more than just a law. It’s about finally making good on America’s promise of freedom and equality. Many of us endured decades of living in fear and feeling unsafe to participate authentically in our communities. Coming out meant losing our jobs, our homes, our families, our churches, and for some, even our lives. I still remember the constant fear and anxiety of being outed and potentially losing my livelihood. Passing a federal nondiscrimination law like the Equality Act would be a big step in fulfilling America’s promise and bringing forth much-needed healing to our generation.

Fortunately, there has been some progress. In 2015, we finally secured our right to marry the person we love. Today, many older Americans are coming out — I meet people every day who are in their 60s, 70s and 80s who finally feel safe to be themselves. In the past, being an older LGBTQ+ person meant spending our senior years in extreme isolation. Now there are places like SAGE of Central North Carolina, a program of the LGBTQ+ Center of Raleigh, where older LGBTQ+ North Carolinians can connect with the community, receive services and find advocacy and support. I’m proud to be a founder of this important organization.

Still, LGBTQ+ Americans across more than 25 states — including North Carolina — lack explicit protections and are subject to discrimination based on their sexual orientation or gender identity. The sense of being treated unequally and the fear of repercussions for exercising our rights to marriage plague both older and younger LGBTQ+ families. It’s time we work to ensure no one is refused a place to live, turned away from public spaces, denied medical care or fired from a job because of who they are or whom they love.

Older LGBTQ+ Americans share the same dream as all other Americans — we want to have healthy, prosperous and rewarding lives. We want to live with dignity in our communities. We don’t want to struggle for our human rights every time we go out the front door. We want to feel safe. Fortunately, the vast majority of people in this country agree that we deserve these fundamental, basic guarantees. In fact, 62% of Republicans, 79% of independents and 85% of Democrats support commonsense nondiscrimination protections for LGBTQ+ people.

I want to encourage all older Americans, including LGBTQ+ people, to step up and claim their space. We are a part of the community. We are not forgotten, and our lives and voices are important.

Our North Carolina senators, Richard Burr and Thom Tillis, recently worked with politicians across the aisle to pass the Senate’s bipartisan infrastructure bill — a critical investment in North Carolina’s and America’s future. Securing comprehensive nondiscrimination protections, like those guaranteed under the Equality Act, is also a critical investment in our future — not only for future generations, but for those of us who are living today.

I hope you will join me in urging our North Carolina senators to help fulfill a promise not only to the future of America, but a promise owed to our generation.

This article was originally published on Greensboro News & Record on October 17, 2021. 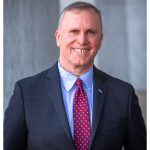 The Takeaway: Aging While QueerDiscrimination, In the News, LGBT Aging 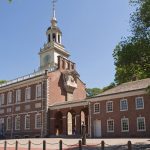