WASHINGTON —Today, several leading national advocacy organizations dedicated to achieving LGBTQ equality and ending sex discrimination sent a letter to the Department of Justice in regards to the Supreme Court’s recent ruling in the consolidated cases Bostock v. Clayton County, Altitude Express v. Zarda and R.G. & G.R. Harris Funeral Homes v. EEOC and urge the full implementation of this decision, including by instructing its departments and other federal agencies to withdraw any guidance or instruction that is inconsistent with the Court’s holding that discrimination on the basis of sexual orientation, gender identity, and transgender status is unlawful sex discrimination.

Freedom for All Americans

The full letter and list of signatories can be found here.

“The Department of Justice is not only appropriately positioned to coordinate implementation of the Bostock decision across the federal government, but has historically undertaken this role,” reads the letter. “It is imperative that the Department accept this responsibility and ensure that enforcement of this decision, as to the definition of sex discrimination through federal civil rights laws and regulations, is uniform across the federal government.”

On June 15, in a landmark ruling in the consolidated cases of Bostock v. Clayton County, Altitude Express v. Zarda and R.G. & G.R. Harris Funeral Homes v. EEOC, the Supreme Court of the United States affirmed that based on the text of our federal civil rights statutes, sexual orientation and gender identity discrimination are prohibited sex discrimination.

The Human Rights Campaign is America’s largest civil rights organization working to achieve equality for lesbian, gay, bisexual, transgender, and queer people. HRC envisions a world where LGBTQ people are embraced as full members of society at home, at work, and in every community.

Lambda Legal is the nation’s oldest and largest national legal organization committed to achieving full recognition of the civil rights of lesbian, gay, bisexual, transgender, and queer people and everyone living with HIV through impact litigation, policy advocacy, and public education.

The National Women’s Law Center fights for gender justice—in the courts, in public policy, and in society—working across the issues that are central to the lives of women and girls. NWLC uses the law in all its forms to change culture and drive solutions to the gender inequity that shapes society and to break down the barriers that harm everyone—especially those who face multiple forms of discrimination, including women of color, LGBTQ people, and low-income women and families.

For nearly 100 years, the ACLU has worked in courts, legislatures, and communities to protect the constitutional rights of all people. With a nationwide network of offices and millions of members and supporters, we take up the toughest civil liberties fights. Beyond one person, party, or side — we the people dare to create a more perfect union. Learn more at aclu.org. 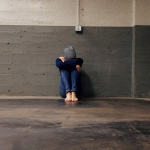 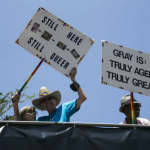