A lot can be hidden behind a marriage. For Brad and Cyndi Marler, it was that they are both gay.

A few years after their wedding, they told each other their secret. Then, for more than three decades, they told no one else.

“We always said it was us against the world,” Brad said.

After living what they call “the all-American life” in the small Illinois towns of Smithton and Freeburg, the Marlers, now both in their late 50s, decided they need to “live authentically.” They’ve come out to their two adult children — a son and a daughter — and are navigating new lives in Chicago.

While research from the UCLA School of Law Williams Institute for Sexual Orientation Law and Public Policy shows that people in the U.S. are coming out at a younger age than previous generations, Brad and Cyndi are part of a segment of the LGBTQ community that waits until later in life.

“Society is still inhospitable. That’s not to deny so many amazing shifts in public attitudes, in laws, in policies, but it did not wash away a hundred years of homophobia in society,” said Ilan Meyer, a distinguished senior scholar of public policy with the Williams Institute.

Bob Mueller, 75, who grew up in suburban Chicago and now lives in Iowa, didn’t breathe a word of his sexual orientation to his family until he was 40, when he wanted them to meet his partner. And he still didn’t tell everyone.

“It was common practice to stay in the closet if you wanted to have a job. It wasn’t until 2005 that I officially came out at work,” he said.

Having grown up in religious households in small Illinois communities, coming out wasn’t an option for the Marlers, who marked 32 years of marriage in September.

“Being homosexual, you’re just going to go straight to hell. There’s no two ways to it,” Cyndi said of what she and Brad were taught. 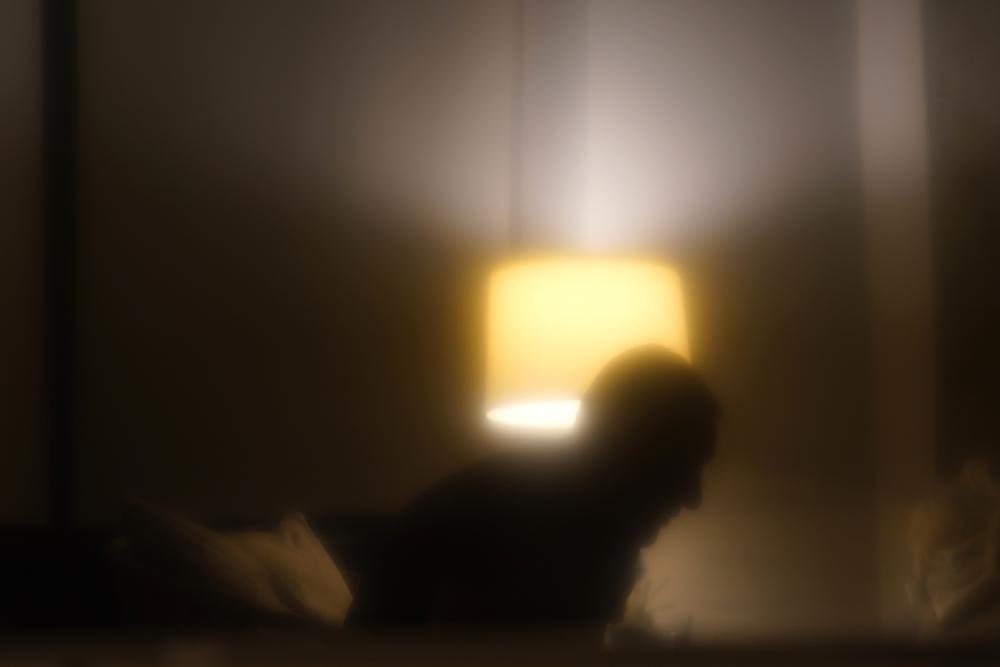 Even as strides were made nationally for gay rights, the Marlers feared being found out. They built homes, raised their kids and never strayed from their marriage. In public, they were sure to maintain traditional gender roles: Cyndi kept her hair long, and they never mentioned that Brad was the one who decorated their house.

“We wanted the house, the dog, the two kids — and we did all of that,” Cyndi said.

“We made a decision to make it work. This was what we were going to do,” she added.

But there came a limit. It was a house of cards that needed to come down, Brad said.

He had become deeply depressed and began working on his internalized homophobia with the help of weekly therapy.

“For such a long time, I hated that part of me. … I didn’t understand why what I had with Cyndi wasn’t enough,” he said.

The couple also says they never would have been able to come out if their parents were still alive. Brad noted that the shame he associated with his sexuality was triggered after his mother confronted him when he was 16 about the possibility of being gay. “She just said, ‘If you are, that’s not OK. You’re not going to do this to the family.’ … We never spoke about it again,” he recalled.

Another big factor was that their daughter came out as a lesbian. 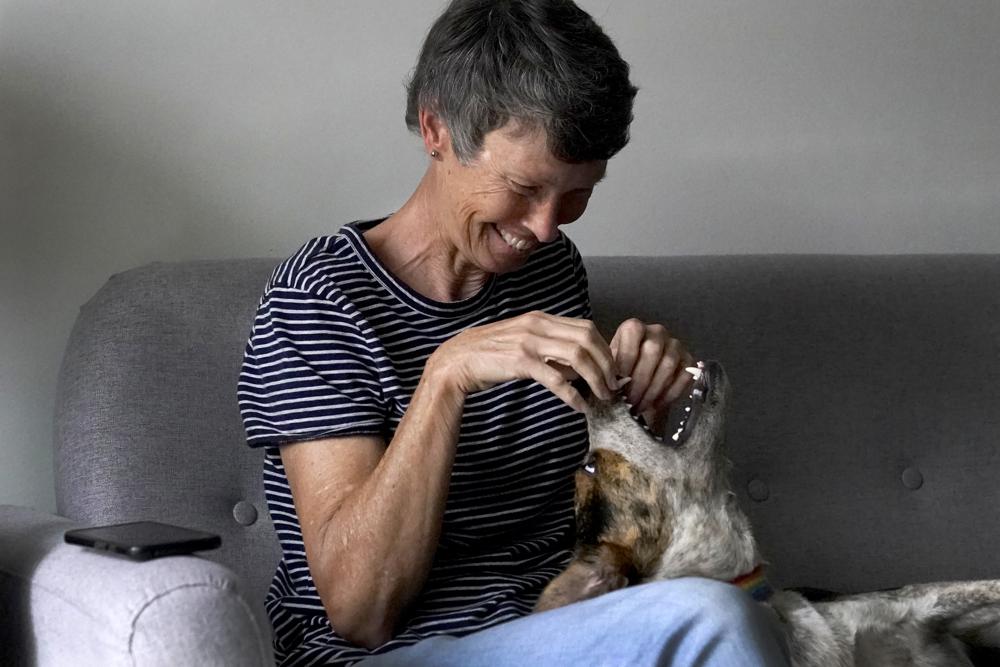 “It was the overwhelming need to protect her,” Brad said.

The Marlers lived together until March when, having retired and sold their home, they moved into separate apartments in Chicago to explore life as part of the LGBTQ community for the first time.

Michael Adams, CEO of SAGE, said the nonprofit helps thousands of older Americans in their coming out journey. He says the unique obstacles they face can include higher levels of fear and anxiety, as well as managing others’ expectations.

Paulette Thomas-Martin, 70, came out after a 20-year marriage and when most of her children were adults.

“It was very painful. … I would call them and they would not call back,” she said.

It took several years before her children started speaking to her again, Thomas-Martin says, but in the end it brought her family closer.

“My son texted me recently telling me how proud he is of me. It came out better for my kids. I’m happier. I have more joy and peace,” said Thomas-Martin, who lives in New York with her wife.

Brad describes it as going through a second adolescence.

“Everything is new,” he said.

Cyndi is focusing on figuring out herself before pursuing a relationship with a woman.

“It’s like taking this filter off and asking myself, ‘What am I?’” she said.

Even though the Marlers now live separately, they have no immediate plans to divorce and still see each other almost daily.

And despite some struggles, they believe things have improved for them.

Their daughter recently wrote her parents each a letter about the experience.

“She wrote that she was happy to see that I’m happy,” Brad said. 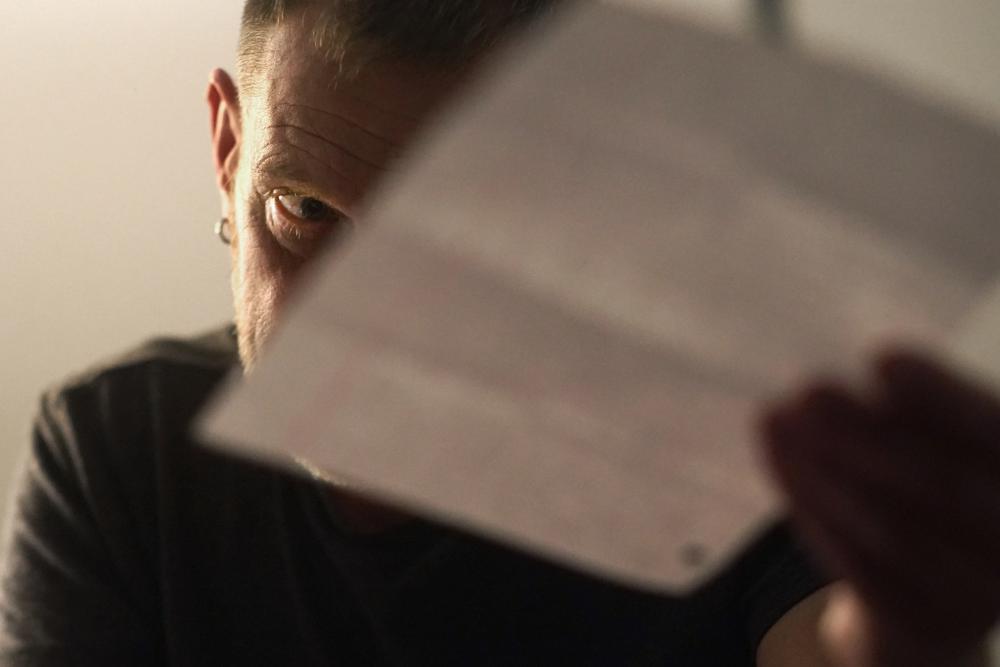 Brad Marler holds a letter from his daughter during an interview Monday, Oct. 4, 2021. (AP Photo/Charles Rex Arbogast)
This article was originally published in Associated Press on October 30, 2021.
Share
Tweet
Share
Email
Aging is better with SAGE 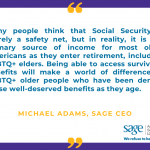