[New York, NY] SAGE, the world’s largest and oldest organization dedicated to improving the lives of LGBTQ+ elders, amplifies President Biden’s call for the U.S. Senate to pass the Equality Act. This legislation would amend existing nondiscrimination laws to explicitly include protections based on sexual orientation and gender identity. With LGBTQ+ elders continuing to face discrimination in meeting everyday needs such as housing, long-term care, and healthcare, this community cannot wait any longer for the Equality Act. Enacting this vital legislation would be a historic win for LGBTQ+ equality.

“The Equality Act passed in the U.S. House just weeks after President Biden was inaugurated, but it has still yet to have a vote in the Senate,” said SAGE CEO Michael Adams. “A year later, SAGE is echoing President Biden’s statement in the State of the Union address that urged Congress to pass this crucial legislation.” Adams continued, “In order to ensure LGBTQ+ elders, and all LGBTQ+ people, are protected from discrimination, wherever they live, Congress must act now.”

“With no laws in Alaska that protect LGBTQ+ people from discrimination across the state, older Alaskans like me […] fear cruel comments from those who care for us,” said SAGE constituent Lin Davis. “We LGBTQ+ elders want to live our lives like everyone else on this small and lonely planet.”

SAGE is the world’s largest and oldest organization dedicated to improving the lives of lesbian, gay, bisexual, transgender, and queer/questioning (LGBTQ+) older people. Founded in 1978 and headquartered in New York City, SAGE is a national organization that offers supportive services and consumer resources to LGBTQ+ older people and their caregivers. SAGE also advocates for public policy changes that address the needs of LGBTQ+ elders, provides education and technical assistance for aging providers and LGBTQ+ community organizations through its National Resource Center on LGBTQ+ Aging, and cultural competency training through SAGECare. With staff located across the country, SAGE also coordinates SAGENet, a growing network of affiliates in the United States. Learn more at sageusa.org. 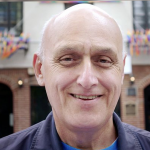 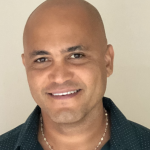