Today, the Senate Judiciary Committee heard witness testimony on the Equality Act – a landmark non-discrimination and civil rights bill that would update existing federal laws to protect people from discrimination based on their sexual orientation and gender identity. A variety of national leaders representing diverse interests and perspectives, including religious voices, testified in support of this crucial legislation. SAGE is proud to voice support for the Equality Act with and on behalf of LGBT+ elders.

Discrimination is still commonplace for LGBT+ Americans. It impacts the lives of older LGBT+ people – especially in housing, long-term care, and healthcare settings. The Equality Act would ensure that all LGBT+ Americans can live, work, and access public spaces free from discrimination, no matter what state they call home.

“Today’s hearing illustrated why Congress must pass the Equality Act, a vital piece of legislation that will legally prohibit discrimination against LGBT+ people,” said SAGE CEO Michael Adams. “LGBT+ people, especially our elders, should be treated fairly across all areas of life. They should be able to seek the services they need without fear of receiving inadequate care or being turned away.”

The nonpartisan Public Religion Research Institute (PRRI) found that national support for LGBT+ non-discrimination protections topped 70%, which includes a majority of Democrats, Republicans, and Independents. Although 21 states and more than 330 cities have passed LGBT+ non-discrimination protections, half of LGBT+ people live in the 29 states that still lack comprehensive statewide laws. From SAGE’s local and state-based advocacy in jurisdictions like Florida, Illinois, New York, Virginia, Maryland, New Jersey, and the District of Columbia, we know firsthand that this patchwork of protections is unsustainable and leaves too many people behind. LGBT elders have waited long enough – the time to pass the Equality Act is now.

SAGE is the country’s largest and oldest organization dedicated to improving the lives of lesbian, gay, bisexual, and transgender (LGBT) older people. Founded in 1978 and headquartered in New York City, SAGE is a national organization that offers supportive services and consumer resources to LGBT older people and their caregivers. SAGE also advocates for public policy changes that address the needs of LGBT elders, provides education and technical assistance for aging providers and LGBT community organizations through its National Resource Center on LGBT Aging, and cultural competency training through SAGECare. With staff located across the country, SAGE also coordinates SAGENet, a growing network of affiliates in the United States. Learn more at sageusa.org. On Eve of Senate Judiciary Committee Hearing, National Leaders Representing Broad, Diverse Sectors of the Public and Millions of Americans Rally In Support of the Equality ActPress Releases 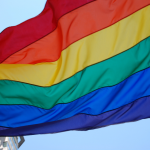